Browse: Home » The Only Homeland 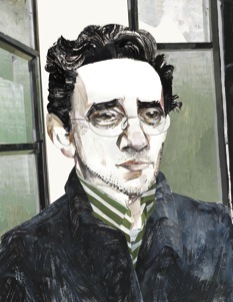 Asked to speak for 20 minutes in Vienna on the subject of “Literature and Exile,” Roberto Bolaño delivered a mordant speech that included this wonderful passage:

Literature and exile, I think, are two sides of the same coin, our fate placed in the hands of chance. “I don’t have to leave my house to see the world,” says the Tao Te Ching, yet even when one doesn’t leave one’s house, exile and banishment make their presence felt from the start. Kafka’s oeuvre, the most illuminating and terrible (and also the humblest) of the twentieth century, proves this exhaustively. Of course, a refrain is heard throughout Europe and it’s the refrain of the suffering of exiles, a music composed of complaints and lamentations and a baffling nostalgia. Can one feel nostalgia for the land where one nearly died? Can one feel nostalgia for poverty, intolerance, arrogance, injustice? The refrain, intoned by Latin Americans and also by writers from other impoverished or traumatized regions, insists on nostalgia, on the return to the native land, and to me this has always sounded like a lie. Books are the only homeland of the true writer, books that may sit on shelves or in the memory. The politician can and should feel nostalgia. It’s hard for a politician to thrive abroad. The working man neither can nor should: his hands are his homeland.