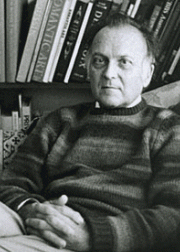 “Life shakes like a drum and would discover resonances of what it loves in its own beat, the old man wetting and heating the head of the drum until it answerd the tone he sought that sought him.”

I’m re-reading all of Duncan’s poetry in my library to prepare for reading The H.D. Book, which just arrived in the mail. But I couldn’t resist reading Michael Boughn‘s and Victor Coleman‘s Introduction, where I found this choice passage:

“What is hidden is constantly brought into the light of the language of the poet, a frail light, finite, playing over the face of what is hidden, bringing it to attention. That is, after all, the poet’s craft—to bring what is hidden to our attention while honoring its hiddenness.”

This certainly nutshells Duncan’s approach, though I wonder if it it’s true for everyone. Maybe it’s that last phrase, “while honoring its hiddeness,” that perplexes me. I’m not sure what it means. Read (what I would call) negatively, it implies that poetry maintains certain secrets. Duncan’s certainly does; his poems quote and allude to all manner of arcane sources, especially throughout his “Passages” sequence (the exception, oddly enough, being his citation of Whitman as the source for a bit of prose in “Passages 13: The Fire”). I never know how to receive such “hiddenness” as a reader. It’s as if I’m being asked to say the secret woyd (to quote Groucho Marx), or offer the Masonic handshake, in order to be admitted into the poem. My gut reaction is “screw you!” “Shove your snippets of untranslated Greek!” Etc. A very blue-collar attitude, I’m sure. To be fair to myself, though, I eked my way through The Cantos with Terrell’s Companion at my elbow, and to be honest the exercise only made me appreciate just how depressing a wreck Pound’s “epic” is. 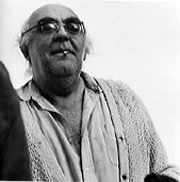 But Duncan is a different kettle of fish. He comes by his taste for the esoteric naturally; it doesn’t seem an egoistic exercise, as it does with Pound—so concerned with being an initiate, so self-satisfied with being one of the Elect. Duncan seems to view his work very differently—as an imaginative exploration of psycho-social realities rather than a zealous propagation of fusty doctrine. Instead of cooking up utopian monetary schemes, Duncan spends his time “searching out the poetic lore of what America is” [“A Lammas Tiding,” again from Bending the Bow].His sympathies are with the living, not the dead, and he strikes me as considerably more innovative than his mentor Olson.

In any case, revisiting Duncan is a privilege for me. I’m in a better position to appreciate him now than I was at age 22! And I expect his book on H.D. to cleanse my doors of perception even further, so that maybe I’ll something more in her work than I’ve seen in the past.