Nothing Is Truer than Truth

Browse: Home » Nothing Is Truer than Truth

Nothing Is Truer than Truth 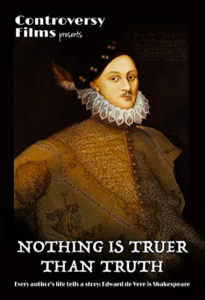 More than fifteen years ago I became convinced that the man named William Shakspere, resident of Stratford-upon-Avon and identified since the mid-18th century as the author William Shakespeare, was not, in fact, the author of the plays and poems. (See a select bibliography at the end of this post.) Then, about a decade ago, I discovered that a movie about the real author—Edward de Vere, 17th Earl of Oxford—was in the works. A Kickstarter campaign had been set up to support the effort, and although at the time I had no business making such a donation, I added to our debt load to help get the truth out.

Limited to a shoestring budget, the film’s director, Cheryl Eagan-Donovan, need years to complete it—but the final product is excellent. It’s called Nothing Is Truer than Truth, which is the English translation of Edward de Vere’s family motto: Vero Nihil Verius. I won’t attempt to summarize or defend the conclusions of the film, but I will say that its argument is far more deeply evidenced and logical than any of the “lives” of Shakespeare published by traditional scholars who accept the risible notion that Shakspere from Stratford produced this oeuvre that is still, more than 400 years later, a touchstone of world literature.

The film is available on DVD and a variety of streaming services [scroll down on the linked page for the full list].

On a personal note, I have to thank this film’s director for being true to her word. When donations were being solicited, donors were promised to be included in the film’s credits. Well, take a gander at this: 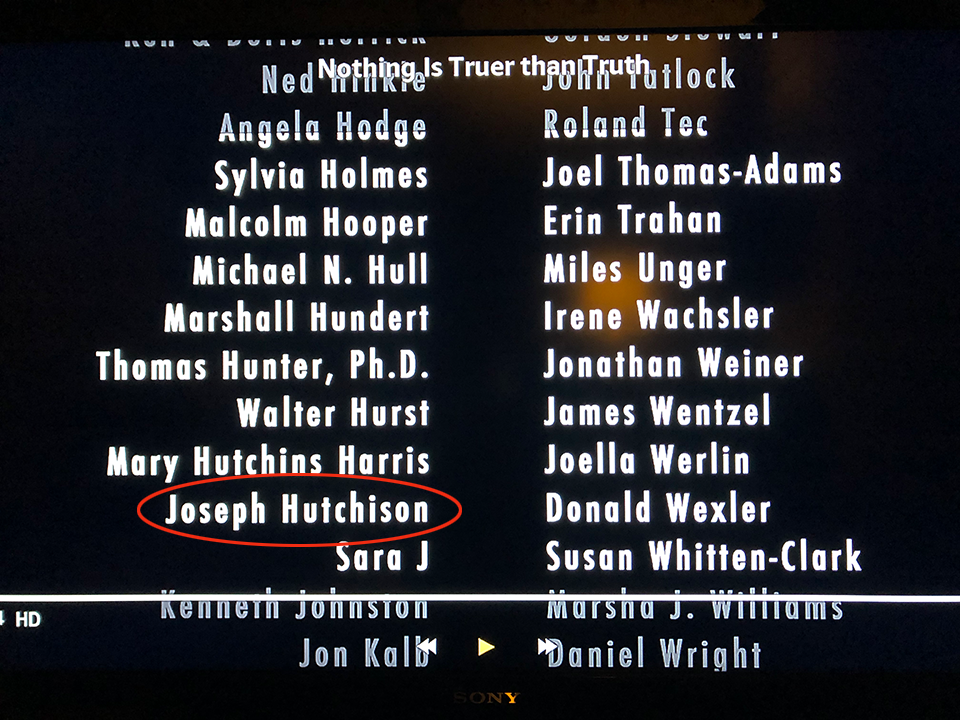 I honestly could not be prouder to join this lengthy list of skeptics who ponied up to see this project through to the end. We join some far more well-known skeptics in doubting that the man from Stratford wrote the works of Shakespeare, including Mark Twain, Ralph Waldo Emerson, Walt Whitman, Henry James, Charlie Chaplin, Orson Welles, and Derek Jacobi. But the pedigree of this skepticism is less important than the application of intelligence and common sense to the question of who wrote the works published under the name “Shakespeare.” Toward that end, let me end with a short list of books and websites from which, directly or indirectly, the film Nothing Is Truer than Truth derives.

Mark Anderson, Shakespeare by Another Name: The Life of Edward De Vere, Earl of Oxford, The Man Who Was Shakespeare

Charlton Ogburn, The Mysterious William Shakespeare: The Myth & the Reality