Readers and writers in the Denver area know Nicole Sullivan, the owner and presiding genius of a thriving indie book store called BookBar, as a canny businesswoman and supporter of local authors. (Almost since BookBar opened she has steadfastly supported the First Saturday Reading Series which I co-coordinate with my old friend and fellow poet Gary Schroeder.) So it’s perhaps no surprise that she’s caught the attention of the venerable book industry publication Publishers Weekly. Nicole is one of four booksellers to be named a 2016 PW Star Watch Honoree, so be sure to congratulate her next time you’re in the store. But not today! She’s in New York to accept the award at tomorrow’s ceremony….. 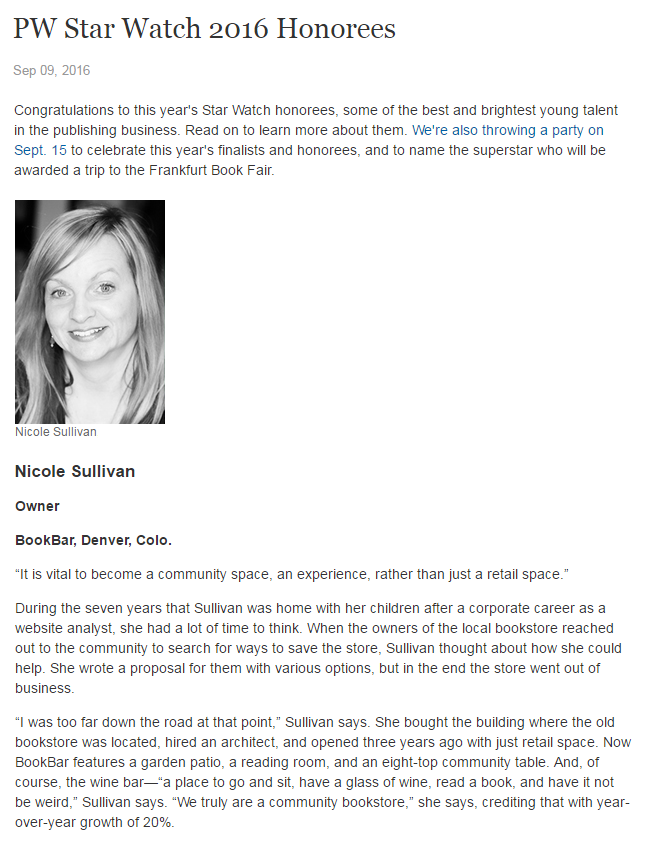