The Impersonal Zest of Wallace Stevens

The Impersonal Zest of Wallace Stevens 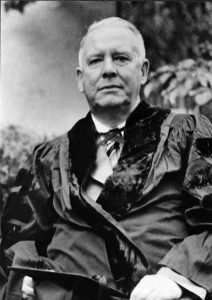 In Michael Hofmann‘s amusing and erudite review of Paul Mariani‘s latest biography, a predictably flabby rendition of the life of Wallace Stevens, Hofmann manages to dismantle Mariani while building up Stevens. By the end, we want to go back and read Stevens–if not from beginning to end, at least at the beginning and at the end. (The middle part of Stevens’s career is more Mariani-ish than some of us can stomach.) Along the way, Hofmann produces some magnificently quotable passages; for example:

Mariani has evolved a glissando paraphrase technique with which he skims through Stevens’s letters, poems and prose, mincing snippets of quotation and his own words in a nervous and unhelpfully unattributable way….
*
Throughout, the reader finds himself in the company of some unusual tenses, prominent among them the present, but also a kind of interior future (‘For now, though, Stevens would take to the road once again’) with much standing on the pluperfect pedal.
*
[I]t is in the nature of aphorisms to break one silence only to introduce another.
*
Photographs of Stevens, mostly from his sixties and after, all show him heavy, fleshy, placid, composed, correct, in collar and tie and with a steel comb newly driven through his senatorial white crop.
*
Over time, [Stevens’s] flair for texturing and momentum and recycling sounds … came to prevail over the disruptive jags of spree and impersonal zest. The poems sound increasingly orotund, their even, numbered stanzas spit-shined like regiments on parade….

Etcetera. In the end, we finish Hofmann’s review wishing that Hofmann had written the biography under review. But then, of course, we realize that he has.