In a Bleak Year-End Mood, the Poet Tips His Hat to a 16th Century Colleague

Browse: Home » In a Bleak Year-End Mood, the Poet Tips His Hat to a 16th Century Colleague

In a Bleak Year-End Mood, the Poet Tips His Hat to a 16th Century Colleague 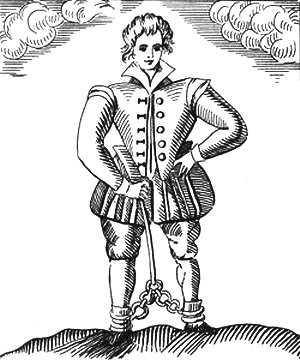 A Litany for the Wheeling Year

with apologies to Thomas Nashe

Again a grim old year is turning.
Again the fires of war are burning.
Again the poor cough up their lives.
Again rich men adorn their wives.
The moon’s balsamic, a sleepy eye.
We stare drunkenly up and sigh.
Who’ll have mercy on us?

Not the CEO of Goldman.
Not the gangsters in the Forum.
Not the grinning, bailed-out bankers.
Not the pundits hyping rancor.
The moon looks inward toward midnight.
We stare drunkenly up and sigh.
Who’ll be honest with us?

Look at how our God-dreams kill us.
Look at how our wills are will-less.
Look at how we’ve too much fondness
For the blood-dimmed tide that haunts us.
The moon has sailed off down the sky.
We switch the TV on and sigh.
Who’ll help us escape us?

Now the Times Square angel’s falling.
Now the crowds below are squalling.
Drums are throbbing, horns are braying.
Sometimes going feels like staying.
Two … One … A blast of white.
We stare into the heart of light.
Another year’s upon us.