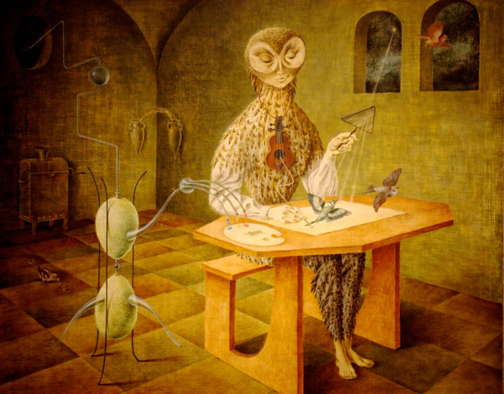 Another week lost to remunerative work—just one fragment huddled on my notebook’s page:

Not substantial enough for a Friday Notebook entry, I think. So here’s another unpublished poem drawn from an old notebook. This one comes with a back story.

I remember being tremendously excited about this one. It felt like a breakthrough. I had so much confidence in it that I chose to read it before an audience that included some dauntingly talented poets: Bill Matthews, Jack Collom, Judith Moffett, and Reg Saner among them. We were all teaching in Colorado’s Poets-in-the-Schools program, which in those days had enough federal funding to afford a get-acquainted retreat before the school year began. Poets and participating teachers spent part of two days talking poetry, doing some writing exercises, and planning how best to integrate the poets’ visits into their curricula.

On the evening of the second and last day, the event wound up with a reading by the poets and any of the teachers who wanted to read the poems they’d written during the retreat. It was a collegial atmosphere, and I was very young—25; I had almost no distance on my work. I proceeded almost completely by instinct, by raw feeling, and was subject to enthusiasms (I still am!) that would use me like a draught horse for weeks or months, during which time I would feel like I was really getting somewhere. Most of the time I would end up waking in a psychic motel by the tracks with nothing but Bushmills-breath and two glasses on the cracked nightstand, one of them bearing a pink lipstick print on the rim.

So it’s with no small sense of failure, wistfulness, embarrassment,  and (now distant) shame that I lay this one before you:

I brush the other
life like the side of a barn,
a landlocked hull loaded
with hushed hens. My
fingers come back sore
with splinters, bristling
stubs of feathers. And death
stiffens inside me, hairs
all over my body stand
up. For moment, my
heart and brain touch,
blind as raw yolks. They
sing to each other like two
snails mating under leaves
in Bolivia: the green wings
of seas glisten between them!

After the reading, in the chatterful milling that goes on in such circumstances, Bill Matthews rumpled up to me and said, “I loved your snails poem! I don’t think I’ve heard a better parody of Bly.”

I was elated and crushed in one swell foop (as my dear Dad used to say). Worse, as the poem’s lines flickered through my head, I realized that Bill was right. The poem wasn’t a breakthrough; it was a break-in. I had broken into Robert Bly’s house and stolen something I imagined he might have written—”a good poem.” At that point the embarrassment set in—a flush of self-rebuke that stuck with me for weeks.

I haven’t brought all this up to re-wallow in that old sty. I want to use it as an example of intention, drawing on my exchange with Jonathan Mayhew in the comment stream attached to this post on his ¡Bemsha Swing! blog. Mayhew doesn’t believe that “the author’s intentions determine the meaning of an utterance.” Bottom line: I do believe in intention, but I believe that writers often have unconscious intentions. (Mayhew argues that intentions can’t be unconscious, although he does say that “words just come to me,” which I think begs the question. Where do they come from—and why? Especially when they come with a sense to them that we ourselves perceive but don’t really understand (as in Mayhew’s aphorism), can we call it mere accident? Of course, accidental meanings can creep in to one’s work—associations one is simply blind to, or that arise as time goes on. (Think of way “gay” has changed in meaning since the turn of the last century, for example.) But we’re talking here about language that arrives completely formed, if at first apparently opaque.

In my experience, creative language springs from unconscious intentions, and I put forward my old poem as proof. It was not at all what I consciously thought it was. It was not a parody, exactly, but an homage to Robert Bly, who was such an important influence for me early on. There was a child in me who wanted to honor his aesthetic father through imitation. That was the my unconscious intention, and it carried me through the fitful composition of the poem. Even when the poem was finished, the intention was hidden from me—until Bill pierced the veil.

Would I ever have realized what the poem was really about on my own? Maybe. Eventually. But I’ve always been grateful to Bill for his comment, because it brought me face to face with exactly how deep I was in Bly’s shadow.

To this day, poems begin for me with an irruption from the unconscious, and my writing process involves attempting to understand the intentions of that irruption. Often enough—Mayhew is right about this—the full intent of the unconscious never becomes clear, even though I come to feel that the poem is right. When I’ve worked a poem to the point at which it becomes obvious that it will never be right, I continue to spend time with it, trying to get back in touch with that original intention. Most of the time it’s just gone. Moved on.

If Jung was right about the Collective Unconscious, maybe it moves on to a poet who’s better equipped to express it. I hope so. Whatever can be said for or against poetry (or any art, for that matter), we are creatures who seem to need what it’s trying to tell us.