Columbus, Cabrini, Indigenous Peoples, and Me

Columbus, Cabrini, Indigenous Peoples, and Me

I meant to post this link to my book Marked Men on Indigenous Peoples Day since my book aims to honor Silas Soule, a soldier who defied orders and refused to let his men participate in the Sand Creek Massacre. I got distracted from posting when I discovered that here in Colorado, Columbus Day, which Indigenous Peoples Day was meant to replace, had been co-opted by yet another replacement holiday: Mother Cabrini Day. 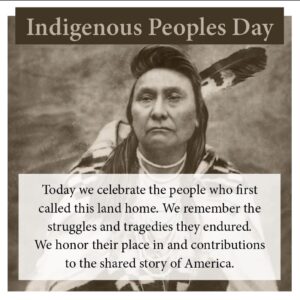 It’s good to finally deep-six the murderous slaver Columbus, and I have nothing against Saint Frances Xavier Cabrini, a humanitarian who served the poor by creating a network of schools, hospitals, and orphanages, and who died in one of her own hospitals: Columbus Hospital (ironically enough) in Chicago. But I’m stumped by the long-standing resistance to Indigenous Peoples Day. It seems like a no-brainer to honor the nations our European ancestors attempted to wipe out on the day once dedicated to the initiator of that 500-year war.

But nobody asked me. So all I can do is continue to celebrate Indigenous Peoples Day while others are celebrating Mother Cabrini. Or maybe we can celebrate both! So far, there’s no law against it.