After Bolaño with Mónica Maristain

After Bolaño with Mónica Maristain

I look forward to Christmas like a little kid because I know that new books will come my way. I read mostly used books, a tactic aimed at keeping our household solvent, but over the past few years I’ve bought (or begged to have bought for me) each new book by or about Roberto Bolaño. The “about” books so far have proved illuminating in ways I didn’t anticipate. The one I’m reading now, which has occasioned this post, is Mónica Maristain’s Bolaño: A Biography in Conversations. I expected a book of interviews with Bolaño (if I’d read any of the reviews I’d have known better, but I generally avoid reading reviews before I’ve read the book) but discovered instead a patchwork of conversations about him, with the information in those conversations ordered to tell a basically chronological story. In the hands of a less skilled journalist this approach might be a disaster, but Maristain is both skilled and intelligent, so the effect is complex, illuminating, and entertaining.

Here’s an example—the passage that drove me to write this post before I’ve even finished the book. The interviewee is Rodrigo Fresán, perhaps the leading Argentine novelist of his generation. Fresán, Maristain notes, “was just twenty-seven when he published Historia argentina (Argentinian Story), a book that stayed on the bestseller list for six months and was hailed as a literary revelation by a generation that was born in the 1960s)….” Historia hasn’t been translated into English that I know of, but his later novel Kensington Gardens has been, thanks to Natasha Wimmer, who has also translated a number of Bolaño’s books, most notably his two masterpieces The Savage Detectives and 2666. (I would argue there are more than two, but why bother.) Fresán is recalling that although they were close friends, he (Fresán) “never read an unpublished text of his and he didn’t read anything of mine”:

The only thing that Roberto ever wanted to know about unpublished book was whether a child died in it or not. He used to say that a writer should never kill a child in their book. I said to him that in fact in Kensington Gardens a child did indeed die, and he said that in that case he would never read it. He also said that when I had a child, I’d never want to kill one in my fiction again. It’s true. In fact, in the book I’m writing now I had to bend things quite considerably to keep a child alive, because you don’t mess around with things like that. 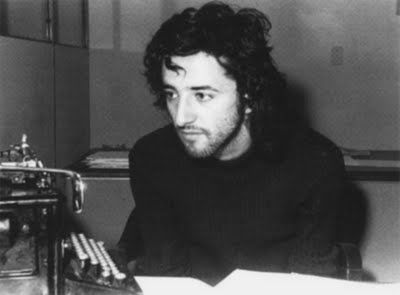 This tells us something, doesn’t it? Not just about Bolaño’s readerly taste, but about his attitude toward fiction. It tells us that in his view the author is ultimately in control; it also tells us that there is a moral dimension to how an author treats his characters. There is also a moral dimension for readers: to read or not to read. In either case, the moral dimension hints at a seriousness one doesn’t find in many writers, a tender seriousness. It’s one of the qualities I love most in Bolaño’s work. Even when he’s writing about brutality, he does so in a way that never embraces nihilism.

Let me add that because I haven’t finished this book, I haven’t read any reviews of it. I have glimpsed some in creating links for this post, though, and it seems that reviewers are divided. There are those who disparage Maristain’s method and impugn her integrity; there are others who praise the book but view it as provisional and therefore of interest only to “fans” of Bolaño. I have to say that my impression, while evolving, is already convinced that Maristain has done something Bolaño himself might have appreciated. After all, he did exactly the same thing in the second part of The Savage Detectives, which is a patchwork of interviews with various characters who had been caught up in or at least significantly touched by the Visceral Realists, the fictionalized version of the Infrarealist group of poets founded in México in 1975 by Bolaño, his old friend and fellow poet Mario Santiago Papasquiaro, and his then new friend and poet José Vicente Anaya. Maristain never says that she took this section of Detectives as a model, but the fact is, it mirrors that technique and has a similar effect. We see Bolaño from many sides: some views are superficial, others profound; some are dismissive and vengeful, others nuanced and ironic, others adulatory and grieving. Absent a full-blown biography, which I imagine we will have to wait ten or twenty years to read, Maristain’s book is at least a very good beginning for admirers of Roberto Bolaño. I’m grateful to have it.