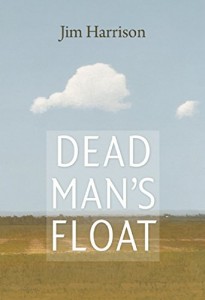 I just this morning finished Jim Harrison’s latest collection of poems,  Dead Man’s Float—as luminous and robust as all of Jim Harrison’s writing, so I’m taking his loss, which I found out about a few hours later, quite personally.

I fell in love with Harrison’s work through Letters to Yesenin, the back cover of which, as I recall, bore a photo of the poet sitting half in, half out of a beat up old pickup truck above an author’s note describing him as a “white trash fop.” I’m a sucker for self-inflicted humor, but after reading the book I could see just how humorous that characterization was. There are few American poets who dare to feel deeply and think broadly at the same time, but Harrison did and carried it all over into absolutely distinctive language. Whatever the genre—poetry, fiction, essay—Jim Harrison always found the authentic center. Truth be told, I would rather read Harrison’s weakest poem than the strongest poem by most of our current crop of over-refined ironists. 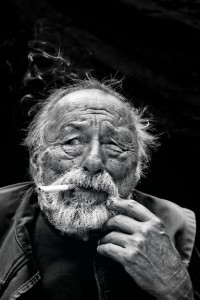 If you want a glimpse of the generosity of spirit at the heart of Harrison’s work, pick up a copy of a poetic conversation between him and his friend Ted Kooser, a book called Braided Creek. It’ll remind you that poetry can be more than a sly performance; it can be a conversation into which the reader is invited without having his or her grad school transcript checked at the door.

I never met Jim Harrison, but I’ll miss looking forward to his latest rambles in the wilds of the American psyche. Right now, I’ll be returning to his novel The Big Seven, featuring his slightly oafish but loveable Sunderson, a retired Upper Peninsula police Detective. Melody and I are reading it aloud to one another, as we did Harrison’s previous Sunderson novel, The Great Leader. He’s a writer who always delivers—present tense, yes!—that kind of pleasure: pages full of words a reader feels inspired to say out loud.

Here, by the way, is the final poem from Dead Man’s Float—as fitting an au revoir as I’ve ever read:

Most of my life was spent
building a bridge out over the sea
though the sea was too wide.
I’m proud of the bridge
hanging in the pure sea air. Machado
came for a visit and we sat on the
end of the bridge, which was his idea.

Now that I’m old the work goes slowly.
Ever nearer death, I like it out here
high above the sea bundled
up for the arctic storms of late fall,
the resounding crash and moan of the sea,
the hundred-foot depth of the green troughs.
Sometimes the sea roars and howls like
the animal it is, a continent wide and alive.
What beauty in this the darkest music
over which you can hear the lightest music of human
behavior, the tender connection between men and galaxies.

So I sit on the edge, wagging my feet above
the abyss. Tonight the moon will be in my lap.
This is my job, to study the universe
from my bridge. I have the sky, the sea, the faint
green streak of Canadian forest on the far shore.