One of my favorite online subscriptions is to the Clippings newsletter from Katexic. (Click here for a free subscription.) Clippings offers up a potpourri of quotations, intriguing links, and commentary notable for its brevity and wit. So I was thrilled to see, earlier this week, that editor Chris Lott had snagged and reproduced my early poem “Belief,” from my first full-length collection, The Undersides of Leaves. Only problem … the title was mangled: “Belife” instead of “Belief.”

Naturally, I emailed Chris to thank him for the ink (er … pixels) and to point out the error. He wrote me back a kind note that promised to correct the title (which he did today), but added that “I got what I took to be a playful title from your site.”

Sure enough, I myself was the source of the error! Those of you following the Undersides link I provided above will see the corrected title, not the “Belife” that has been lurking there since I launched this new site.

Now, though, I’m beginning to wonder. Maybe “Belife” is better! Chris took it to be “a playful title,” and in our email exchange he remarked, “I’d wager a donut or two that at least one reader will write in expressing a preference for ‘Belife’!” And in truth, it’s beginning to grow on me.

Or maybe what’s growing is an incipient poem. A poem about belief, belife, and the ubiquity of error in our entropy-ridden existence.

Can I do it in just four lines, as I did in the original poem?

Maybe I’ll just let it rest among such companions as this (snagged from Buzzfeed): 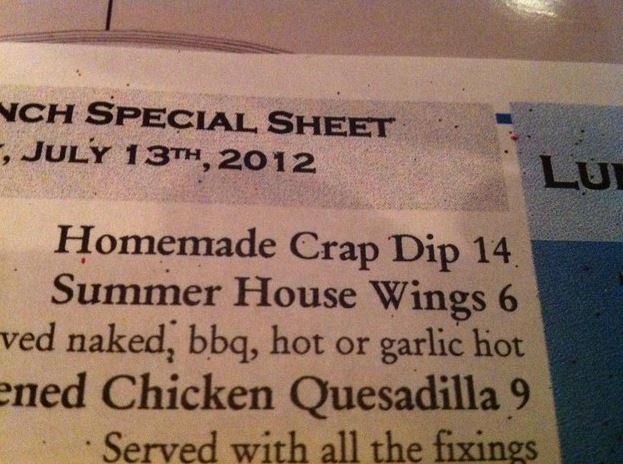