The Music of Borges

Browse: Home » The Music of Borges

The Music of Borges 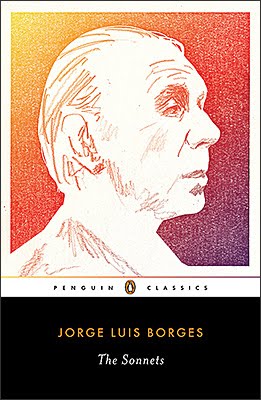 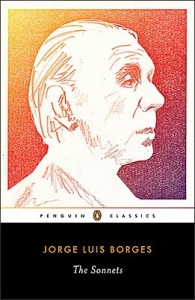 I’ve had great amateur fun in the past playing with translation, which for me is an adventure as much in sound as in meaning. While reading the new Penguin bilingual edition of Jorge Luis Borges’s sonnets, a book that highlights a side of Borges American readers may be unfamiliar with, I was struck by how strong the translations are overall. (This is a tribute to the collection’s editor, Stephen Kessler.) So strong are these versions, in fact, that the weaker ones—a fraction of the 137 poems gathered here—really stand out.

One version in particular, Alan S. Trueblood’s translation of “Habla un Busto de Jano,” seems particularly feeble, maybe because the translator struggles to maintain a rhyme scheme. What wooed me into trying my hand at the poem were these Spanish lines—”Alguien pudo borrar y no ha borrado / ni borrará”—which Trueblood renders as follows: “One who could have removed them let them be / and does so still.” The sonic intensity of plosives and rolled, vibrating r’s is sacrificed in favor of matching “be” with the word “see” in a previous line. I just couldn’t let that go.

So, I’m reproducing Borges’s original and Trueblood’s version below, followed by my own. I make no claims at all for it, except that I tried to find a way to bring the ferocity of borrar/borrado/borrará into the English poem. I sacrificed the end rhymes to do it—something Borges himself would not have approved!

Let me add that this mini-critique, backhanded as it is, is not intended as an attack on Trueblood himself; his versions of Antonio Machado are among my favorites. Nor is it meant to dissuade anyone from buying The Sonnets, which—along with its companion volume of Borges’s verse, Poems of the Night—is indispensable for anyone who cares about poetry. But I do mean to suggest that Borges, as a rule, is often more textured, or rougher, or even more violent in Spanish than he comes across in English. That is, readers will do well to sound their way through his poems on the left-hand pages as they read, just to get a taste of his extraordinary music.

A BUST OF JANUS SPEAKS

No one is to open or close a single door
without homage to me, who see two ways,
doors’ tutelary. Horizon lines
of stable land, unstable seas, yield to my gaze.
My two faces penetrate the past,
discern the future. Common to both I see,
drawn swords, evil, discord;
one who could have removed them let them be
and does so still. Missing are my two hands.
I am of stone fixed in place. I cannot say
for sure whether the things that I behold
are future disputes or quarrels of yesterday.
I look about my ruins: truncated column,
faces powerless to glance each other’s way.

A BUST OF JANUS SPEAKS

No one who opens or closes a door
fails to honor the memory of Twoface:
I oversee them all. I survey horizons
of heaving seas and of terra firma.
My paired visages perceive what’s past
and what’s to come. I see them both,
both rife with swords, discords, and evils
Someone could rub out and hasn’t rubbed out
nor will ever rub out. Lacking both hands,
I’m transfixed in stone. I couldn’t say
exactly if it’s future strife I contemplate
or conflicts in some far-off yesterday.
I see my ruin: the maimed column
and the faces that will never face themselves.