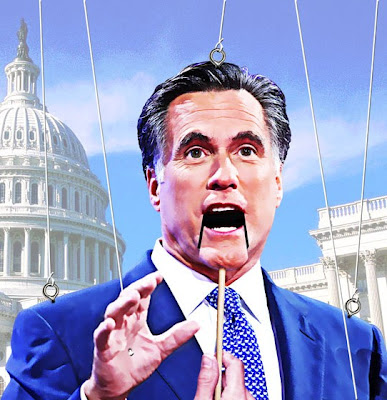 This captures the uncomfortable feeling I get every time I see Mitt Romney open his puppet mouth. 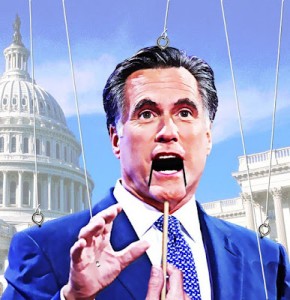 “Do you know Schwarzer?” asked K.
“No,” replied the Mayor. “Perhaps you know him, Mizzi? You don’t know him either? No, we don’t know him.”
“That’s strange,” said K.; “he’s a son of one of the under-castellans.”
“My dear Land-Surveyor,” replied the Mayor, “how on earth should I know all the sons of all the under-castellans?”
“Right,” said K.; “then you’ll just have to take my word that he is one. I had a sharp encounter with this Schwarzer on the very day of my arrival. Afterwards he made a telephone inquiry of an under-castellan called Fritz and received the information that I was engaged as Land-Surveyor. How do you explain that, Mr. Mayor?”
“Very simply,” replied the Mayor. “You haven’t once up to now come into real contact with our authorities. All those contacts of yours have been illusory, but because of your ignorance of the circumstances you take them to be real.”