Reading Into and the Avant-Garde

Browse: Home » Reading Into and the Avant-Garde

Reading Into and the Avant-Garde 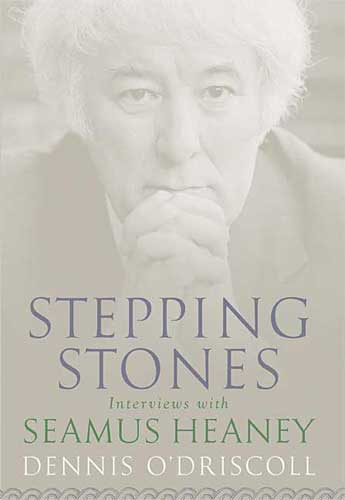 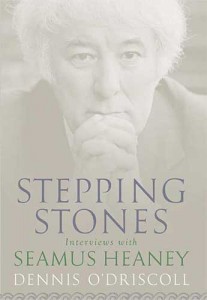 Jacket Magazine has published a peculiarly passive-aggressive 4,000-plus word response by Jeffrey Side to a 193 word statement by Seamus Heaney, quoted from Heaney’s interview with Dennis O’Driscoll as published in Stepping Stones: Interviews with Seamus Heaney. (The interview is no longer available online, alas.) Here is the Heaney excerpt; his initial “it” refers to the term “avant-garde”:

It’s an old-fashioned term by now. In literature, nobody can cause bother any more. John Ashbery was a kind of avant-garde poet certainly and now he’s become a mainstream voice. The work of the “Language Poets” and of the alternative poetries in Britain—associated with people in Cambridge University like J. H. Prynne—is not the charlatan work some perceive it to be; however, these poets form a kind of cult that shuns general engagement, regarding it as a vulgarity and a decadence. There’s a phrase I heard as a criticism of W. H. Auden and I like the sound of it: somebody said that he didn’t have the rooted normality of the major talent. I’m not sure the criticism applies to Auden, but the gist of it is generally worth considering. Even in T. S. Eliot, the big, normal world comes flowing around you. Robert Lowell went head-on at the times—there was no more literary poet around, but at the same time he was like a great cement mixer: he just shovelled the world in and it delivered. Now that’s what I yearn for—the cement mixer rather than the chopstick.

Let me say that I don’t know Jeffrey Side or his work, but he shares a tendency that seems to be common in the avant-garde/post-avant: a desire to read into, evidently in order to score polemical points.

For example, Side attacks Heaney for saying that “avant-garde” is an old-fashioned term. The OED dates the term in its military sense to 1470, citing Mallory’s Le Morte d’Arthur. One source finds the application of the term to literature as far back as 1863, specifically to May 17 of that year, with “the opening of the Salon des Refusés in Paris, organized by painters whose work was rejected for the annual Paris Salon of officially sanctioned academic art.” Hubert van den Berg, in his essay “The Life and Death of the Avant-garde on the Battlefield of Rhetoric—and Beyond,” remarks that “it’s important to observe that the label ‘avant-garde’ as designation for the configuration of isms we now tend to call the ‘historical avant-garde’ only became fashionable in the aftermath of this ‘avant-garde’.” Any way you slice it, “avant-garde” is a term that most appropriately refers to 100-year-old aesthetic movements. Old-fashioned indeed.

But Side isn’t interested in the avant-garde per se. He’s interested in undermining Heaney. The Irishman’s poetry, Side asserts, is “distinctly old fashioned,” consisting of “neo-Georgian retrogressive utterance[s]”; therefore Heaney is “dissembling” when he uses “old-fashioned” in reference to the avant-garde. In fact, for Side this term reveals Heaney to be “practised in casuistry.” Heaney, he says, “knows all too well” that the old-fashionedness of the term “avant-garde” is really a red herring tossed out to distract—well, who? The interviewer? The reader?—from the terrible reality that Heaney himself is … old-fashioned.

Side performs the same torturous reading into with Heaney’s comment that Ashbery has “become a mainstream voice.” Well, Side observes, this is only because Ashbery is “published in the UK by Carcanet.” Side doesn’t mention the publication of Ashbery’s Collected Poems 1956-1987 by The Library of America, the first of two project volumes, representing the first time a living author has been published in the series put forward as “America’s best and most significant writing.” Talk about casuistry! In the service of what, though? Apparently in service of Side’s argument that Heaney wishes to conceal a startling fact: both avant-garde and mainstream poetry lack a significant readership. It’s a strange sort of deviousness that would seek to hide such an obvious truth.

The rest of Side’s exercise in reading into is occasionally enlightening, but almost every key point is vitiated by his desire to find a venal subtext in everything Heaney has to say. The poet’s appeal to Eliot is somehow “another instance of his use of misdirection and redefinition,” which Side claims “is seen littered throughout his The Redress of Poetry.” Heaney’s “discomposure with avant-garde poetry” reveals a preference for the “functional use of language,” Side declares, a preference Heaney “cunningly” disguises when he writes that poetry is both “a process of language as well as a representation of things in the world.” (That dissembling bastard!) And, according to Side, when Heaney states that John Clare’s poetry offers “more than mere description” he is being “disingenuous.” Apparently Side thinks that Heaney is lying when he claims to find something more in Clare than description, or that his claiming to find more is meant to conceal the fact that Heaney likes Clare’s poems because they are descriptive. Again, a strange sort of deviousness….

But it’s at this point that Side steps away from reading into and provides something really useful: a discussion of Heaney’s connection with a late 1950s movement in British poetry—dubbed The Movement by critics—that valued an empirical attitude toward subject matter, clear and comprehensible language, and rational modes of expression (as opposed to poets like Dylan Thomas, whose love of metaphor admitted irrational elements into their poems). He stretches the argument by claiming that a group of poets that coalesced around Philip Hobsbaum at Cambridge University were “heirs to the Movement’s aesthetic.” I say his argument is stretched because Hobsbaum’s group, as Side points out, included Ted Hughes, Edward Lucie-Smith, and Peter Porter—three poets who could scarcely be accused of sharing the same aesthetic. Nevertheless, Side follows Hobsbaum to Queens College, Belfast, where he attracted yet another group of poets, which included Michael Longley, Derek Mahon, and the dissembling Seamus Heaney. These writers, Side claims, were—like their counterparts in London—in thrall to Hobsbaum’s poetic values, which Side proceeds to dissect. Why? Because these are values that Heaney deceptively holds in secret.

Side goes on report the unsurprising news that Heaney has been deeply influenced by Wordsworth. He also notes that “Heaney readily admits to humanist leanings,” as if such leanings were a negative. And finally, rather than dismiss Heaney’s work himself, Side lets a quotation from A. Alvarez deliver his own judgement that Heaney is simply not a very significant poet.

Now, Mr. Side is welcome to all his opinions, which little interest me. What does interest me is his paranoia, which I find symptomatic of other avant-garde partisans—Ron Silliman and Charles Bernstein, for example. These writers share the underlying assumption that their ideas are so brilliant, so revolutionary, so undebatable, than anyone who does not share them must be either stupid, poorly read, or a liar. Jeffrey Side well knows that Heaney is not stupid or poorly read, so he must be “dissembling.”

But why would Heaney dissemble? There is a one-word answer implicit in Side’s essay: Power. Silliman argues that his so-called School of Quietude exists to maintain power (and “SoQ” is simply a cute promotional version Bernstein’s original “Official Verse Culture”.) Side apparently shares Silliman’s and Bernstein’s feeling of being personally marginalized by anyone who doesn’t share his ideas. His ire seems directed at Heaney in particular because, as a Nobel Prize winner, as “Famous Seamus,” his failure to embrace or promote the avant-garde robs these “alternative poetries” of the power Side believes they deserve to wield. This accounts for Side’s note that “Heaney was seen as something of a rising star” in Hobsbaum’s group, and accounts for his treating this statement by James Simmons, a fellow member of the group, as if it were gospel: “In those old gatherings under the auspices of Philip Hobsbaum in Belfast it was obvious that Seamus was being groomed for stardom.” The impression that Heaney is essentially a small-talent careerist who has weaseled his way to the top is sort of thing “marginalized” writers seek to foster. For another instance, see Ron Silliman’s essay, also in Jacket, damning Denise Levertov while pretending to “unerase” her. Why? In retribution for her apostasy in failing to enslave her poetry to Charles Olson’s version of the avant-garde project.

My guess is that most avant-garde writers, like Ron Silliman, are on the Left politically, although their mentality seems (here it’s my turn to read into) uncomfortably akin to the political Right, where no dispute is ever an honest disagreement but evidence of a grand conspiracy to take our guns, kill our grannies, abort our babies, and lock us all up in detention camps. The main difference is that the avant-garde fears that they’ll be dispossessed of their disjunctive syntax, their juiceless linguistic theories, their aesthetic smugness, and their rightful dominant position in the next Norton Anthology—America’s poetic equivalent of the Paris Salon.