Do You Want To Be Illiterate?

Browse: Home » Do You Want To Be Illiterate?

Do You Want To Be Illiterate? 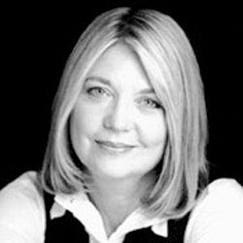 Yesterday or the day before I posted a comment to a contentious but, from my point of view, on target essay by Carol Muske-Dukes on Huffington Post. In it, she rather neatly flays Ange Mlinko for her essay on Adrienne Rich, in which Mlinko uses the release of Rich’s Later Poems: Selected and New, 1971–2012 to “reevaluate” the poet. My comment on Muske-Dukes’s essay was a bit terse:

One only has to read Ange Mlinko’s poetry to understand her antipathy toward Rich. Insubstantial artists always detest substantial ones.

This inspired a response from one “RowleyBushes”, to wit:

I think Ange Mlinko a very substantial poet, consummately skilful and intelligent in her best poems in a manner and tradition that is not Rich’s.

You have ‘writer’ and ‘poet’ in your handle but not ‘reader’. Would you be prepared to read one of Mlinko’s poems, or an extract therefrom, and say what you don’t like?

Well, I tried to reply to RowleyBushes, but there is evidently a length restriction on HuffPost comments that cut mine roughly in half. So I’m posting it here in full:

All righty then. Let’s take this one—a decade old but typical of Mlinko’s work. It’s from Jacket #15:

Mr. If-Then, you have
10 minute
to make out with this painting.
Roman numerals
like “Aryballos in the Form of a Hedgehog”
round off.

What kind of day is it out there?

It’s “Concerto for Half a Piano”
and right half of the brain.

“Put suet in a dead Christmas tree, and draw the birds.”

But what is it supposed to be?

Many of us have discovered a kind or species of day
and lacked a registry:

“Today downgrades the Minotaur to Bullwinkle!”

or the sort of day actuaries interview you
about defenestrated busts.

All kinds of days. Unlike the tedium of the tyranny
I used to live under:
“No twin dove
for you til grown up, we let you love.”

Later, when I want to be a great painting, I must ask
what shall I be of.

I imagine there are readers who find this poem substantial. It strikes me as vapid posing, all grad school wink-nudge cleverness.

We know there is an “I” speaking, which we can infer from the first line—the one addressed to “Mr. If-Then”. The “I” wants Mr. If-Then to kiss “this painting.” We can’t know what painting, though from the penultimate line of the poem we can infer that “I” sees herself as the painting. But we can’t be sure that “I” is a “she”; the poem doesn’t tell us, though because Mlinko is a she, I imagine most readers would reader the feminine gender into the “I”.

Are you tired yet? I am. And I’m only three lines in.

Suddenly, with line four, we are introduced to Roman numerals. They “round off,” “I” tells us. This seems to be a gesture toward the fact that Roman numerals designated only whole numbers; though the Romans did indeed have a system for fractions, if one were dealing only with the numerals one would have to “round off”. How this connects to the painting, the “I” as a painting, Mr. If-Then (could he represent algebra? a system that thrives on fractions?), or the relationship between “I” and Mr. If-Then is a mystery that’s never resolved. Mlinko’s comparison of Roman numerals to “Aryballos in the Form of a Hedgehog” further confuses things: this particular name applies to at least two different pieces of ancient art, one (Egyptian, 664–525 B.C.) in the Museum of Fine Arts Boston and the other (East Greek, 550 B.C.) in The Ian Potter Museum of Art, University of Melbourne. These are small jars, roundish—”rounded off”?—and, in the former case, damaged at the base (again, “rounded off”?). The meaning of this Roman-Egyptian-Greek connection is occluded by the poet’s evident desire to seem very smart. But hey, I’m not nearly as smart and I found it all with Google anyway. So at least we can infer that Mlinko Googles.

We are now 6 lines in and the poem, in my judgement, is all coy distraction. This is what passes for substance in Mlinko’s poems, and it has become a dominant mode.

I can bring myself to go on. Readers can read on and play the game if they wish. Personally, I find nothing “consummately skillful” here, and though the poem is stitched together from scraps of intelligence, it adds up to very little. Mlinko is lucky, in fact, that Roman numerals can’t express negative numbers.

Now, far be it from me to tell anyone what to like or dislike. I was merely stating my opinion. I would rather spend a day reading Adrienne Rich’s very worst poems than spend an hour reading the best of Mlinko’s. To be fair, I haven’t read all three of Mlinko’s books; I gave up on Starred Wire halfway through and don’t care for more punishment. But one person’s punishment is another’s ecstasy. Ms. Mlinko is lucky to have readers like you around.

I’m sincere in that last sentence. No poet can please every reader, and bad poetry (if we can ever agree on what it is) is innocuous. Bad poetry doesn’t commit troops to Iraq or attack wedding parties with drones or allow General Electric to offshore billions in order to avoid paying even one nickel in corporate taxes. But bad poetry does annoy, especially when it’s part of a trend. Ange Mlinko’s poetry is part of a trend toward insubstantial cleverness, toward programmatic incoherence and emotional vitiation. It’s a cultural situation that brings to mind a poem from Margaret Atwood‘s 1971 collection Power Politics—a poet Ange Mlinko and her cohorts would probably dismiss even more readily than Adrienne Rich. It is Atwood her most overtly feminist mode, but when I read it, a couple of years after the book came out, I felt as if she were speaking for me:

animals ran through us, our hands
blessed and killed according to our
wisdom, death
made real blood come out

But face it, we have been
improved, our heads float
several inches above our necks
moored to us by
rubber tubes and filled with
clever bubbles,

our bodies
are populated with billions
of soft pink numbers
multiplying and analyzing
themselves, perfecting
their own demands, no trouble to anyone.

I love you by
sections and when you work.

Do you want to be illiterate?
This is the way it is, get used to it.

Even 40 years on from the arrival of Atwood’s message, I don’t want to get used to it. I am determined not to. I refuse.