I came to this year’s Colorado Creative Industries Summit in Breckenridge with two tasks in mind. One was to represent the new Professional Creative Writing master’s degree program which I’m directing at the University of Denver’s University College.

My second task was to welcome attendees of the annual Governor’s Creative Leadership Awards luncheon with a poem. 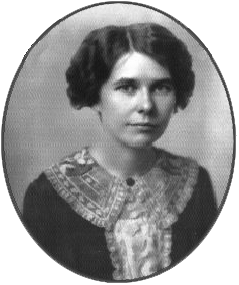 Rather than regale the crowd with a poem of mine, I offered one by a woman who, for my money, is among the three or four best poets Colorado has produced so far. She happens to have lived in Breckenridge, on French Street, from 1939 until her death in 1970, and is buried in the historic Valley Brook Cemetery. I’m talking about Belle Turnbull, whose excellent poetry has been overlooked in part because it was produced by a woman and in part because that woman was not part of the literary scene in Denver.

Belle and her life companion and fellow writer Helen Rich preferred the mountains to the city. They admired the audacity and ruggedness of the people and the Tenmile Range, but for my welcome I chose a poem Belle wrote about her and Helen’s house on French Street. It’s entitled “Dialog,” though we hear only one voice, which I can only imagine to be Belle’s, as I can only imagine Helen listening. Of course, Belle could be talking to herself, as some of us often do:

Let’s step outside in the mountain night, renew
Whole vision of this integer of cells:
This house, in separate amber shining so,
Uniquely seen, as though another self:
Unit in space, now for a time clearly
Walled, roofed, warmed: now for a time . . .
How little, how long? Whisper it flawless, dare we?
Shout it, and count the neighbor rays that shine,
Digits of oneness, careless into space . . .
Yet if tomorrow, yet if tomorrow shaken,
Lightless, forlorn?
Therefore. Look, while the eyes
Know this for ours, and the amber word still spoken.
Though wood shall rot and light shatter, though
Self dissolve on a breath, this house is now. 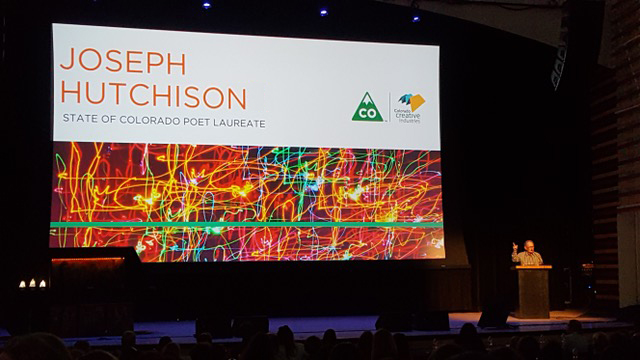 Me welcoming attendees with Belle’s poem

The best part of the story didn’t fit the luncheon welcome format, and that part is: the wild man of Western Slope poetry, David Rothman, who introduced me to Belle, has a book of Belle’s work on the way. It’s called Belle Turnbull: On the Life & Work of an American Master, and I highly recommend that everyone who cares about good poetry put it on their “must have” list right now.