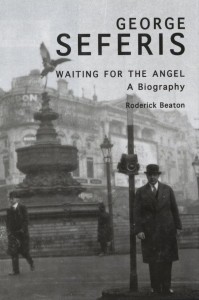 After my marathon of posts in April, celebrating Poetry Month, I took a hiatus and gave myself over to reading (Roderick Beaton’s biography of George Seferis, mainly, along with which I reread Seferis’s poems in all the translations in my library–Englishings by Warner, Keeley/Sherrard, and Kaiser) and my own work. I also read two new collections by Ted Kooser, Splitting an Order and The Wheeling Year: A Poet’s Field Book. I plan to write about all these in more detail, but for now I want to pass along a gem from The Wheeling Year.

Kooser’s piece resurrects the figure of a man who played a significant role in my childhood, in those few years when I thought I might be an artist. Turned out I hadn’t the eye or the hand for it, which left me with poetry, the only art for which I have any talent at all. But I have fond memories of my Jon Gnagy Learn to Draw kit, with its charcoals and range of pencils soft to hard, and its book of practice sketches redolent of 1940s ladies’ magazine ads; my collection of ham-handedly executed paint-by-numbers landscapes; and my doomed forays into more complex images, guided by Bob Ross, the man Ted Kooser remembers here:

Dead a dozen years, Mr. Bob Ross, you live on in the TV reruns, permed hair like a bee swarm, big hands, big smile, a kindergarten-teacher voice. Show us again that little tree you say likes it right there by the moonlit path and the moon you tell us is just real happy right next to the mountain. Hundreds of thousands of us have waited to watch you at your easel, holding your magic brushes—the fan brush for clouds, the fitch for rocky peaks. Come back, keep coming back, Bob Ross. We need to know that everything is happy where it is, and that we too might put it there.

It’s odd how one feels that these childhood enthusiasms were somehow private, but Kooser’s reminder the the thousands who were introduced to art through television personalities like Ross and Gnagy reminds us that the world is full of people with similar secret lives. In fact, Seferis speaks to this point in the third of his Secret Poems, “Summer Solstice” (which for us happened just yesterday), from the Keeley/Sherrard Collected Poems:

Everyone sees visions,
but no one admits to it;
they continue to live thinking they’re alone.

For Kooser, for Seferis, and for most poets (I think), breaking through that solitude to touch on shared visions is poetry’s highest purpose.