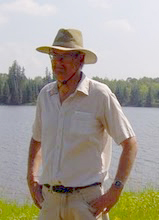 I can’t thank Lyle Daggett enough for posting on his blog this link to a long, powerful memoir by poet Dale Jacobson about his friend and mentor, Thomas McGrath. It’s exciting to have this essay for several reasons.

One, McGrath deserves to be more of a presence on our cultural radar, if only because his work has been severely undervalued and almost certainly suppressed—not by some conspiracy of nefarious political opponents, but (worse) by a pernicious aesthetic correctness, according to which poetry that embodies a profound systemic political critique is somehow not “first order” poetry. McGrath, in my estimation, is among the dozen most significant American poets of the past 60 years, and it would be wonderful if Jacobson’s essay could scare up more readers for his visionary work.

Secondly, this memoir sketches a moment in American poetic history that was crucial in ways overlooked by those who focus on the so-called New York School, the Beats, the Black Mountain poets, and the circle-jerk of theoreticians and prosaic versifiers writing under the “Language” umbrella. McGrath was party to a deep de-centering of American literature, a dislodging of authority from its East Coast throne. He was also a party to what has turned out to be a momentary detachment of poetry from the Academy; but for now, at least, the Academy has demonstrated its Protean ability to co-opt every form of creative freedom, first by allowing certain poets inside the gates, then rewarding them for keeping more radical voices a safe distance from the castle walls. We can see this at work even now in McGrath’s case: I am able to direct Birders to all the “schools” mentioned above by linking to the Academy of American Poets, where McGrath is not even accorded a place among the 500-plus poets listed on the site.

The essay also tells the story—albeit obliquely—of Jacobson himself, a poet who seems to have been marginalized in his own community for reasons that are disturbingly unclear. I find it hard to believe that it has anything to do with his work, which I’ve read only in Lyle’s comments on Jacobson’s book Metamorphoses of the Sleeping Beast. (I do have three of his collections on order as a result of reading his McGrath memoir.) Jacobson’s essay gives one the sense that the reasons for his marginalization are probably a combination of politics and the social dysfunction that so often lies at the heart of the Academy and its PoBiz shadow-self. Institutions that pretend a devotion to liberal education all too often ignore enduring values in favor of this or that intellectual hobbyhorse—you know: the latest brightly painted beast with glittering reins to come around on the carousel. Jacobson brilliantly addresses the rejection of class and structures of power as aspects worth studying in literature—a position that conveniently avoids raising questions about the academic project itself. Poets like McGrath and Jacobson and Don Gordon, of course, cannot be understood without thinking about these aspects, and so they are simply not read—although they can, as Jacobson shows, be misread.

Above all, Jacobson’s essay is the portrait of a life-altering friendship, and all of its most eloquent and moving moments arise from that experience. I hope every Perpetual Birder will take the time to read it. There is all too little love in the world these days, but you can find it here.