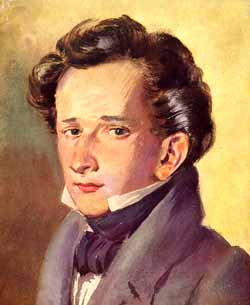 Since I can think of nothing more ridiculous than reviewing a book of aphorisms, which must speak for themselves even more completely than poems do, I’m simply offering up some of my favorites from Leopardi’s Pensieri (I quoted from another in an earlier post). The Roman numeral following each refers to the Louisiana State University Press edition, Pensieri: A Bilingual Edition, translated and introduced by W. S. Di Piero. 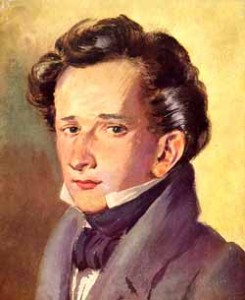 Once in Florence I saw a man swaggering proudly down the street while dragging behind him, like some draft animal, a cart piled high with all sorts of stuff (a familiar sight there), shouting and ordering people to get out of his way. This seems to me an image of so many proud and swaggering men who act offensively toward others for reasons not unlike the one which inspired such arrogance in that Florentine–that is, they are pulling a cart. (XVIII)

An undertaking worthy of our age would be to make life finally an action, real rather than simulated, and to resolve for the first time in history the notorious discrepancy between words and deeds. Since experience has sufficiently shown that deeds are irreversible, and since it’s impractical for men to keep exhausting themselves in search of the impossible, this discrepancy might be resolved by a method at once unique and extremely simple, though until today untested–that is, by changing our speech habits and for once calling things by their real names. (XXIII)

If an artist, scientist, or intellectual of whatever discipline is in the habit of comparing himself not to other members of his discipline but rather to the discipline itself, then the more intelligent he is the lower will be his opinion of himself. For his sense of his own inferiority grows in direct proportion to his deepening knowledge of his discipline. This is why all great men are modest: they consistently measure themselves not in comparison to other people but to the idea of perfection every present in their minds, an ideal infinitely clearer and greater than any common people have, and they also realize how far they are from fulfilling their ideal. (LXIV)