The Further Adventures of Bill Knott

The Further Adventures of Bill Knott 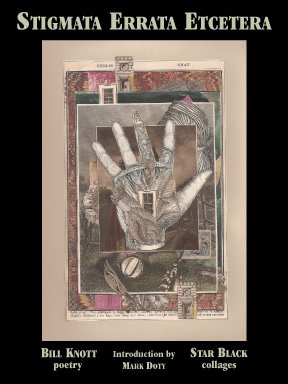 NOTE: This review appeared in the July/August 2008 Issue of The Bloomsbury Review. ©2008 by Joseph Hutchison. 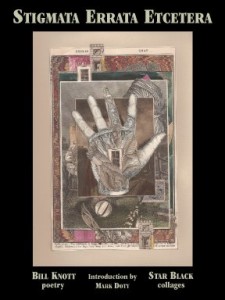 Some poets adopt the artistic assumptions of their historical moment and achieve significance by discovering new subtleties in the existing modes or by extending the range of content those modes can accommodate. Other, and by far the fewer, poets make different assumptions, and their work achieves significance by forcing readers to rethink, or re-imagine, what poetry is supposed to be; they accomplish this by verbal, syntactical, tonal, and formal innovation, and by introducing content previously considered “anti-poetic” for one reason or another. Readers who want poetry to reflect their own minds are likely to prefer the former type of poet; but readers who want genuine news from their poets, who are always hoping for radical illumination, who relish the feeling of having the tops of their heads taken off, are readers best served by the latter kind of poet. These adventurous readers are Bill Knott’s natural audience.

Knott famously began his publishing career with The Naomi Poems: Corpse and Beans, published in 1968 under the pen name “St. Geraud.” (The book purported to be a posthumous publication, listing St. Geraud’s dates as 1940-1966.) It was a youthful conceit, or a joke, or both; but the poems in that book were striking: James Wright wrote that Knott’s poems were “among the most beautiful … I have ever read in any language. They were brief, gentle, totally clear in their meaning on the most casual first reading, and shocking only in the sense that they were so original” (Wright 312).

As Wright indicates, Knott in those days used the “plain style” that was coming to dominate American verse. As the years went by, the originality of Knott’s world-view outgrew that style, and he began to create ever more complex verbal surfaces. Some commentators have compared him to e. e. cummings because of this, but cummings’ verbal/typographical innovations are often erected on a solid foundation of conventional ideas, whereas Knott’s poems are inventive and unconventional from root to branch. They spring from a darkly comic, mercurial sensibility that makes them instantly recognizable as Knott poems ( evidently I’m having trouble resisting his influence) and no one else’s. His voice is sui generis, and that makes his poems irresistible.

Babel on the table falls,
my poem topples
into words
whose rubble shards

I try to stack back up until
they crumble still
again: but all
my efforts only pile

those collapsing tropes
in heaps
of worthless chips
which are

counted forth
with column patience
over and over
by the miser Silence.

We begin on the Plain of Shinar and end up in Ebenezer Scrooge’s counting house: a fine joke! Behind it, though, is a darker narrative. In Genesis 11:8, Yahweh feels threatened by the Tower of Babel, an accomplishment—stacked up brick by brick—that he sees as springing from men’s ability to understand one another’s speech. “If as one people speaking the same language they have begun to do this, then nothing they plan to do will be impossible for them,” he says. “Come, let us go down and confuse their language so they will not understand each other.” Like all men, the poet is the victim of a vindictive demiurge, a cosmic Scrooge who goes in the modern age by the name of Silence.

The inability to communicate and the isolation it creates is one of Knott’s key themes. Pause a moment and consider how counter this runs to our historical moment, awash it is in the sobbed-out revelations on Doctor Phil, the titillations of Big Brother’s hidden cameras, the narcissistic video diaries posted on YouTube. Knott sees through the pretense of communication, though, and that “seeing through” finds its way into poems like “Reflection.” How many terrible, incompetent poems have borne this title? Knott knows it, and finesses our expectations:

Some are afraid of the deep;
me, of the shallows.

I lean over a mudpuddle,
bend to a pane-drop.

The shallows
is where I sight myself;
the abyss
shows all you others.

Knott’s reversal of our culturally ingrained associations involving depth and shallowness is no mere act of cleverness. It represents an authentically different view of the world. And the repeated question — “Which is worse?” — is anything but rhetorical. Having a radically different cast of mind than his contemporaries places Knott in doubt. We might call it Kierkegaardian if it weren’t made less onerous by the poet’s sense of humor—something Kierkegaard completely lacked.

Because isolation is the irremediable human condition, Knott finds love difficult at best; at worst, impossible. He is the supreme poet of love defeated, the anti-Valentine poet. His poems in this vein are among his most acerbic—but as always, the poet’s fierce sense of humor saves them from dystopia. A fine example is “Pass Around the Copies”:

Have none of those nipples
left specks on my lips—
are there no stains on my fingers
from some of those warm hips?

(The ones I caressed
so far in the past
nary a trace must still exist.)

And what about the hands that coupled,
hands that cupped me—they
didn’t deposit any spots?

Am I not a leopard
of love (a leper) covered
with its blotches stigmata errata
etcetera?

I’m blank, flawless, immaculate,
ready to be run
off on death’s xerox, one

At every turn in his quest for permanence, Knott finds himself confronted with a corrosive fleetingness. Call it entropy, which The Oxford American Dictionary defines as “a gradual decline into disorder.” Against which … what? The organizing powers of the imagination, the tropes and forms, the wordplay; the writing he has only a dubious faith in. In this respect he’ll remind some readers of Samuel Beckett. But Knott offers something that Beckett seems to lack, and we find it most clearly in the following poem:

Sometimes a dream will show me
the words I need to begin and end and
then take them away and leave just one
word or, like last night, three or four:
“the arms of care.” That’s all. There
were lots more but they vanished when
my eyes opened; they were of course
the words I need here now to justify
this. How can I forgive myself for
forgetting them, forgetting that which
might have made me whole for a while
holding you all in my arms of care?

In these days when poets sneer at, condescend to, assault, purposely mystify, or otherwise seek to alienate their readers, Knott speaks to us with what can only be called tenderness. This is why even his most satirical poems have that odd effect that Karl Shapiro once attributed to Randall Jarrell, who had criticized him in print: “I felt,” Shapiro said, “as if I had been run over but not hurt.”

Unpack them as you will, Knott’s poems remain elusive, unsettled and unsettling. His mind is restless, and his increasingly frequent explorations of form seem aimed at controlling that unease.

This quality is present also in the frankly amazing collages—16 of them—by poet and artist Star Black, which are scattered throughout this collection. They do not illustrate Knott’s poems so much as complement them with their dreamlike combinations of images ranging from Victorian cherubs and anatomical drawings reminiscent of Vesalius to statistical line charts and paintings of peapods, butterflies and fish.

Star Black’s art, together with Knott’s brilliant, Chaplinesque poems, help to make Stigmata Errata Etcetera one of the best books of 2007. It may not attract the attention it deserves from the awarders of poetry prizes—Knott has suffered from a paucity of recognition over the years, and given the state of contemporary poetry there is no reason expect a change in that pattern now. One can only hope that readers—the adventurous ones, at least—will find it, buy it, read it, and spread the word.