Reichhold’s Bashō: The World as Given

Browse: Home » Reichhold’s Bashō: The World as Given

Reichhold’s Bashō: The World as Given 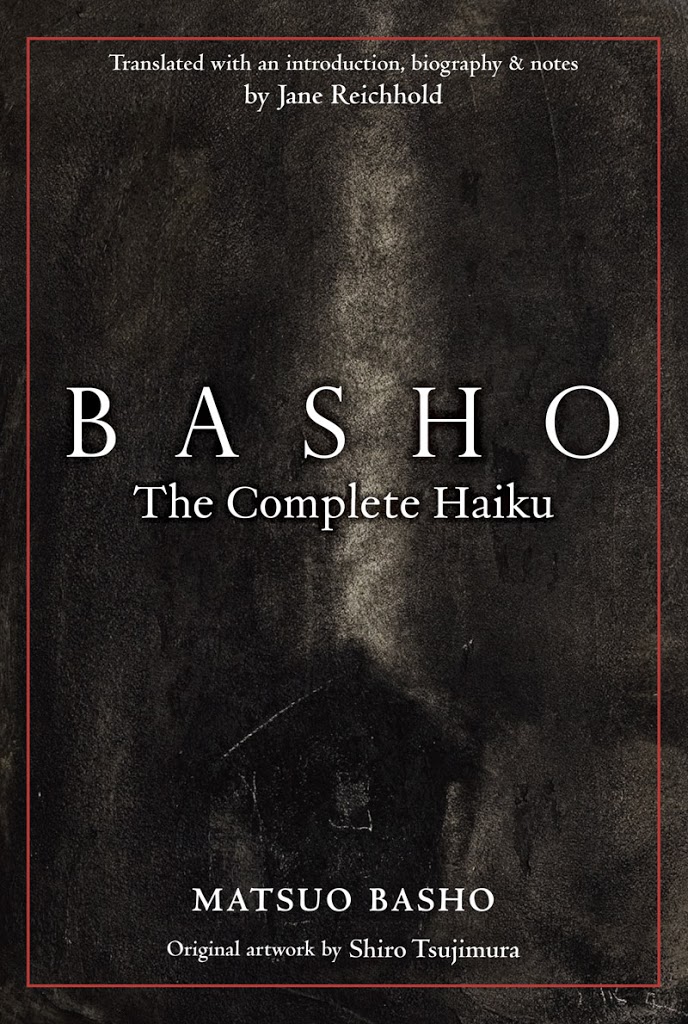 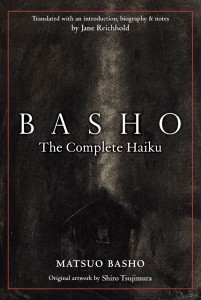 A couple of days ago I completed an odyssey that began for me around this time last year: I finished reading Bashō: The Complete Haiku. Translator Jane Reichhold has done a wonderful job with the 1012 haiku collected here, as well as with her introduction describing the nature and impact of Bashō’s work, her more biographical introductions to the seven “chapters” of Bashō’s life and practice, and her illuminating notes, which offer commentary, literal translations, Romanized versions, and the original Japanese texts. She also provides some very useful back matter: two appendices (one dealing with Haiku techniques, the other presenting a chronology of Bashō’s life), a glossary of literary terms, and an extensive bibliography of Bashō in English. Reichhold’s translations alone would make this book significant (she is a widely published haiku poet in her own right), but her scholarly contribution makes it indispensable.

Reichhold’s approach to Bashō’s work is to render each haiku as clearly and directly as possible. She does not attempt to reproduce formal characteristics like sound patterns and syllable counts, so the poems feel spare and light (“lightness” being a quality Bashō especially prized), free from the  padding so common in translations that attempt to mirror the 5-7-5 sound unit structure of haiku. I may as well begin with Bashō’s most famous haiku (# 153) as an example:

old pond
a frog jumps into
the sound of water

I’ve read translations that try to inflate the first line by replacing “old” with “ancient”—exactly the kind of change Reichhold avoids throughout. Her note to the poem makes this clear*:

153.   furu-ike ya / kawazu tobikomu / mizu no oto
old-pond <> / frog jump into / water’s sound
1681-82—spring. This verse, now so famous, was first published in a selection of single verses in Haru no Hi (Spring Day). What made this verse interesting was the fact that poetry up until this time had mentioned frogs for their croaking but never for their leaping. According to the commentary by Shikō ,at first Bashō thought of the 7-5 sound units, “a frog jumps into / the sound of water (kawazu tobikomu / mizu no oto).” Thenhe tried to think of a good five sound units for the first line. Kikaku proposed “Tamabuki ya (Japanese yellow rose) <>.” Bashō said that yamabuki would be elegant but too showy. He said “furu-ike ya” should be used because it is simple and truthful.

Notice that Reichhold uses the sign “<>” to indicate a Japanese “cutting-word”—a word that typically has no semantic value (although it can indicate the heightened intensity of an exclamation) but marks a break in the flow of the poem; these words are usually “translated” into English as long dashes or colons. Also note that Reichhold does take advantage of the fact that “the sound of water” consists of five English syllables and expands the original “water’s sound” to match the five Japanese sound units. The point being that while her aim is English poems that are “spare and light,” she’s usually flexible in following that principle.


Sometimes, though, “spare and light” can’t do the original poem justice. Haiku # 440, for example, leaves out a crucial element (the introductory text that follows is Bashō’s):

At the renga party held at Chikuyō and hosted by Chōkō on July 29, 1688

millet among millet
nothing is scanty here
in a thatched hut

The original, as given in Reichhold’s note, illustrates the inadequacy of this rendering. The Japanese reads, awe hie in / toboshiku mo ara zu / kusa no io, the literal meaning of which is “foxtail millet Japanese millet in / meager also to be not / grass of house.” I can’t imagine this working into 17 English syllables—and in any case I’m unsure how to read it.


The habit of mind required for reading haiku as the Japanese do is sophisticated and very much embedded in cultural and linguistic relationships that are often beyond the reach of translation. Reading Reichhold’s notes as one reads her translations brings this home again and again. One example is haiku # 493:

a skylark sings
the pheasant’s voice is
the instrumental music

The final phrase, “instrumental music,” translates the Japanese term hyōshi—”a technical term used in Nō theater to designate the passages of the performance played by the flute and drums,” as Reichhold notes. But this information can’t substitute for the culturally triggered response the haiku must have for a Japanese reader.


Occasionally (not very often) one gets the impression that Reichhold’s “spare and light” aims force her notes to carry too much weight. Haiku # 502, from Bashō’s masterpiece Oku no Hosomichi— which Reichhold translates as Journey to the Interior—is one example:

how glorious
young green leaves
flash in the sun

Her note to this poem has a throwing-in-the-towel feel about it:

1689—spring. The city of Nikkō is about 90 miles (150 km) north of Tokyo. The The Chinese characters that designate the name of the city and the area have the same meaning as “flashing sunshine.” Many societies have trouble distinguishing between green and blue. Here Bashō uses the word for blue even though the leaves are green.

Leaving aside the color question for a moment, consider Cid Corman‘s version of this haiku, published in his version of Oku no Hosomichi, which he translates as Back Roads to Far Towns:

O glorious
green leaves young leaves’
sun light
This isn’t as “spare and light” as Reichhold’s version, but it captures the sensation that the sunlight and the leaves are one thing, an image of enlightenment rather than simply a description of leaves in the sun.
Neither Reichhold nor Corman address the color question, and personally I’m suspicious of it: if Japanese society has a problem distinguishing blue from green, why does a word for blue exist? Or why aren’t all leaves described as blue? My theory is that Bashō used blue instead of green for two reasons: first, in order to capture the effect of dazzling light on the human eye (the brilliance causes the appearance of “blue leaves” in the air); second, as an allusion to Buddhist color symbolism, in which blue suggests the Buddha Ashuku, “The Immovable One.” In the midst of the leaves’ movement is the immovable sunlight. If I were doing the translating I could shove all this into my own note! And it looks like I have….
Clearly the complexity of Bashō’s practice makes it silly to complain about this or that detail. The fact is that Reichhold does a fine job much of the time, and her notes allow those of us who are cultural and linguistically foreigners to appreciate Bashō’s hard-won mastery.
I want to mention one more thing about this book that particularly appeals to me as a poet: Reichhold’s appendix dealing with haiku techniques. She lists 33 distinct techniques, which if nothing else demonstrates the complexity of this particular form. Haiku, at least as Bashō practiced it, is not “first thought, best thought” stuff; in fact, Bashō was a tireless reviser of his work—something I was happily surprised to learn. “Happily” because in my own attempts at haiku I often feel inadequate, even guilty, because my first words almost never match the insight I’m trying to capture. I find I have to treat haiku like any other type of poem, submitting to a sometimes grueling process of writing, waiting, revising, and waiting some more before the language “arrives.” It’s something of a comfort to know that Bashō submitted to the same process. And what does it matter that my haiku are mere ghosts beside Bashō’s? The process is finally what matters, because it mirrors a deeper process that helps me make sense to myself of the world as given.
One final comment: the publisher of this collection, Kodansha International, has produced a physically beautiful book with original artwork by Shiro Tsujimura. It’s the kind of production one doesn’t see very often these days, and readers who still appreciate beautiful “dead tree” editions will relish adding this one to their libraries.
_______________
* I’ve not attempted to reproduce the original Japanese characters, though Reichhold provides them along with the Romanized versions.
Filed under: and Tagged: Cid Corman, Jane Reichhold, Matsuo Bashō, Shiro Tsujimura