Poetry for a World Worth Living In

Browse: Home » Poetry for a World Worth Living In

Poetry for a World Worth Living In 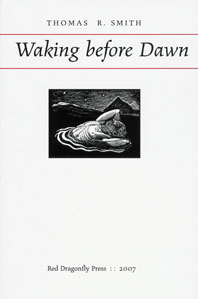 I’ve been reading Albert Camus—the daily Camus, author of many pointed, intellectually rich and often prescient editorials and articles for the underground French newspaper Combat, 165 of which have recently been published by Princeton University Press. You may be wondering what this has to do with poetry: bear with me.

Camus has long been a personal hero of mine—a man devoted to the idea that politics must be based on morality, and to the conviction that human moral values can be discovered and enacted without reliance on a Church. He came out of the French Resistance, and his core values were shaped by that experience. If he acknowledged the sacred at all, it was in the courage, loyalty, and love that united his comrades in arms. After the liberation of Paris and the subsequent fall of the Vichy regime, Camus expected that the values of the Resistance would shape The Fourth Republic; these values included a devotion to liberty and justice, democracy both at home and abroad, and the goal of breaking the grip of money on French governmental and social institutions. It’s Camus’ values that make his editorials still seem so fresh and relevant today.

A few days after I’d begun reading Camus’s Combat journalism, the latest collection of poems by Thomas R. Smith arrived in the mail, and I took a break from Camus to read it. Thomas is what I call “a friend in the art”—someone I’ve met but whose friendship I’ve come to share almost exclusively through poetry and correspondence. The transition was seamless, because Thomas shares soo many of Camus’ best qualities.

Waking Before Dawn is an extraordinary book, in part because Thomas prizes clarity above rhetoric—an artistic choice he shares with Camus. Also like Camus, Thomas is a writer whose work is engaged, committed but never strident, critical without ever losing touch with all that is admirable in human beings. While many poets are writing public poems these days, Thomas’s are remarkable for their core human sympathy, articulated without ideology or political clichés or easy irony. In fact, to speak of Thomas’s “public” poems as if they differed in anything but their occasions from his “private” or “personal” ones is misleading: his poetry springs from a unified worldview that shapes his responses to whatever his imagination explores.

“Whole sight,” wrote John Fowles at the beginning of Daniel Martin, “or all the rest is desolation.” (My citation of Fowles has a hidden relevance: while attending Oxford in the late 1940s, Fowles discovered Camus’ work and developed a deep admiration for it.) In Thomas’s poetry, as in Fowles’ and Camus’ writing, we see pain, joy, struggle, love, outrage, and exaltation—but desolation is nowhere to be found. In fact, his poems are infused with hope: not hope of rescue by forces outside history, but hope for the continuing advance of human consciousness within history. His poetry is like a seismograph tuned to measure shifts in that consciousness.

Let me quote one example—a typical Smith poem in the sense that it presents public concerns in a personal voice:

The yard signs with their black ribbons
look bereaved, each a green requiem for
a future that has ended before its time.
They make this whole city a spontaneous
shrine to the dream that rode with your small
plane downed the week before the elections.

I felt safer knowing you were alive.
“Well”—it was refreshing. And “stone”—solid.
Your name evoked replenishment and strength,
exclamatory with excitement your compact
fighter’s body fired into action and speech,
Wellstone! One of our code words for hope.

You walked the road with us, and for us.
The black-ribboned signs say your passion
lives on past the shadows of October.
They are not hope’s graves but its reminders.
Some darkness wrestled you to earth near Eveleth,
but your vision will rise again from these yards.

Is this not the same note struck by Camus in his lyrical essay “The Almond Trees,” written in 1940 as the European tragedy was beginning to unfold?

“When I lived in Algiers,” Camus writes,

I would wait patiently all winter because I knew that in the course of one night, one cold, pure February night, the almond trees of the Vallée des Consuls would be covered with white flowers. I would marvel then at the sight of this fragile snow resisting the rains and wind from the sea. Yet every year it lasted just long enough to prepare the fruit.

Later on, he applies this lesson of nature to the demands then being made upon people of conscience as they contemplated the gathering Nazi threat:

Before the vastness of the undertaking, let let no one forget strength of character. I don’t mean the theatrical kind on political platforms, complete with frowns and threatening gestures. But the kind that through the virtue of its purity and its sap stands up to all the winds that blow in from the sea. Such is the strength of character that in the winter of the world will prepare the fruit.

In our own, less nakedly defined “moment of mania” (to borrow a phrase from Robert Penn Warren), we need more Camus voices, more Thomas Smith voices. We need help seeing through grief and fear toward the values that must ultimately flower in our public and private lives if we’re to have a world worth living in.

I should add that Thomas’s book carries a publication date of 2007, so it hasn’t actually been released and isn’t yet listed on the publisher’s web site. But I encourage everyone to go to that web site—Red Dragonfly Press—and subscribe to their email newsletter, wherein Waking Before Dawn will be announced as soon as it becomes available.

Also, if you’re looking for Camus’ “The Almond Trees,” you’ll find it in his Lyrical and Critical Essays.

The phrase “moment of mania” is from Robert Penn Warren’s long poem Audubon: A Vision.