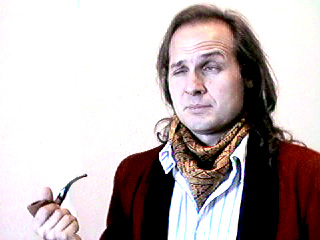 “A true snob like myself distinguishes himself by a devotion to minor writers that haven’t been discovered by everyone else.”

One of the things I love about Jonathan Mayhew’s blog is that he speaks without the guile of ten-dollar words. He could have found alternatives for “snob,” for example—but amongst us poor souls with advanced degrees, no other word will do.

Webster’s identifies two kinds of snob: “one who blatantly imitates, fawningly admires, or vulgarly seeks association with those regarded as social superiors”; and “one who has an offensive air of superiority in matters of knowledge or taste.” The secondary sense applies to us educated folks. But there are plenty of uneducated and/or miseducated folks—Sarah Palin leaps to mind—who are snobs on any number of topics.

What Mayhew’s comment got me to wondering, though, is whether one can truly be a snob if one also cultivates humility. Doesn’t the “offensive” quality of snobbery spring from a failure to acknowledge one’s fallibility? The notion that our own views are “real” while others’ views are “unreal”? Humility—amplified, maybe, by an awareness of intellectual history—helps to remind us that this just isn’t so

No wonder snobbery is so comical! We know it’s based on nothing but personal taste, however educated it may be.