I have a lovely but inexpensive set of novels by Thomas Hardy, whose poetry I’m familiar with but whose prose I’ve put off reading. I can’t say why I’ve put off that pleasure, but I’m in the process of correcting it now. The writing is rich, interweaving description and action and moving from heights to depths and back, at times in the same paragraph. But fifteen chapters in, I was unprepared for an idea whose origin I thought I knew: the idea that we all pass the anniversary of our death every year without knowing it. It’s an idea addressed by W. S. Merwin in his famous poem from the early 1960s, “For the Anniversary of My Death,” first collected in The Lice:

This is certainly among Merwin’s finest lyrics, but the idea turns out not to be as unique as I’d imagined. Here’s Hardy’s description of the young heroine of Tess of the D’Urbervilles, some months after the death of her illegitimate infant child:

She philosophically noted dates as they came past in the revolution of the year; the disastrous night of her undoing [Hardy’s euphemism for “seduction”]…; also the dates of the baby’s birth and death; also her own birthday; and every other day individualized by incidents in which she had taken some share. She suddenly thought one afternoon, when looking in the glass at her fairness, that there was yet another date, of greater importance to her than those; that of her own death, when all these charms would have disappeared; a day which lay sly and unseen among all the other days of the year, giving no sign or sound when she annually passed over it; but not the less surely there. When was it? Why did she not feel the chill of each yearly encounter with such a cold relation?

Did Merwin have Tess in mind? “The shamelessness of men,” one of the clear themes in the novel, makes me think—maybe so. 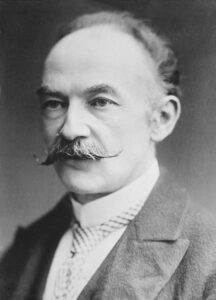 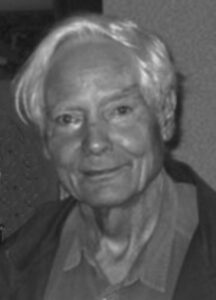