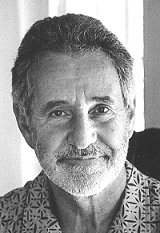 Breyten Breytenbach has become one of my favorite writers of both poetry and fiction (especially his surreal mythographies in All One Horse), and now I’ve been bowled over by his book-length essay on writing, Intimate Stranger. Here are some excerpts, offered with the caveat that they can only suggest the sparkling, shadowy rush and meander of thought and feeling that makes Intimate Stranger so compelling.

Poetry is the breath of awareness and the breathing thereof. I even mean this literally, for underlying the flow and the fall of verses are “natural units” of consciousness sculpted by rhythm, by recall, by movement reaching for the edges of meaning and of darkness. One could illustrate by averring that the poem is a membrane, rippling, thrumming; reminding us that we are breathing organisms continually translating the space around us, continually translating ourselves into spaces of the known and thus drawing circumferences around locations of the unknown. From this one could extrapolate that the practice and process of remembering/evoking/awakening events and out selves lead quite naturally to questioning the polarities of other and I, to writing (and un-writing) the self, and toward rewriting the world. The boat changes the water.
*
Over the ages contexts fade to a palimpsest, references become interpreted to an utter corruption of the original intention, the religion within which the poem lived like a fish in its ocean or bathtub of unsolicited understanding will have disappeared, the music to which it was set no longer exists—and yet this thing, this harmless but explosive mining metaphor and tool tracing the texture of living, this frail bark—the poem—comes to us down the ages in an instantly recognizable shape. As drunken boat. I am the beloved addressed by Li Bai in his Middle Kingdom lament all of these many centuries ago; the deep-sound comes to me through the mutation of a tongue of languages. The poem survives unadulterated because poetry partakes of the how it is to be alive, not the because or the therefore.
*
[an excerpt from one of two or three highly intelligent rants…]
I have learned (as a beginner) that one must read, read and read again. As well, that you must be reckless but patient. And if you want to be honest in your verse, if that is your thing, remember that honesty is to be open, unprejudiced and available…. don’t let the dog in dogmatism and the Oedipal in the paranoid search for hidden meaning cloud your mind. Freedom is a search, not a found fundamentalism. Beware of sloppiness, the dead word and the inflated simile. Protect yourself against easy sentiments (often no more than sentimentality), and especially from the blight of “correct” moral and political postures. Don’t ever wave the flag…. Eschew generally shared beliefs that are but “public opinion” or ways to escape from the asperities of life and an intractable environment. […] Don’t be “nice.” Don’t try to be clever. There is such a thing as creative intelligence, kneaded into the dough of your art. It has little to do with the acquired monkey cleverness of the person wanting to impress and please the powers that be. Wanting to be “relevant” is piddling pomposity. Leave that to the politicians. […] Please don’t imagine that poetry is a cool way of doublespeak so as to hide meaning. Don’t make of the poem a cheap riddle. Don’t be a furrowed brow in quest of wisdom. Enough already! The poem is meaning. the poem is it’s own meaning. Poetic knowledge is born in the deep silence of phenomena not understood, thoughts unformulated and fate unknown of scientific knowledge. From that which cannot be explained comes poetry.
*
[W]riting is a consciousness-expanding activity for both writer and reader, if only because it brings sharpened awareness of what we cannot say or would have liked to say better. After all, the more you expand the greater the space of the unsaid and the unsayable around you; the more we know about the horrors of warfare, for instance, the greater will be our sense of inadequacy at expressing it. The matter of consciousness (not that which we are conscious of—people, places, situations, desires, even thoughts) is, for lack of a better concept, a mind-picture. but it remains that only: a fleeting glimpse, a dream and an unconscious perception, a negative space, unless and until it materializes in writing, painting, music or other forms of expression/creation. We have to create in order to know.
*
If you write “down” to your readers […]—because that is “what they want” or may “understand”—you are putting yourself up as authority and judge of intelligence (worse, judge of the heart) inside your own text, and this will influence your attitude to your tools. […] Authenticity should not be confused with “authority.”
*
Writing—the production or clarification of consciousness […]—is the mediating movement between fact and fiction. It depends how you situate yourself to language. You are the “initiator” and the “companiion,” not the “controller.” Be neither bully nor expert. There can be no Homeland Security in language….

Filed under: and Tagged: Breyten Breytenbach