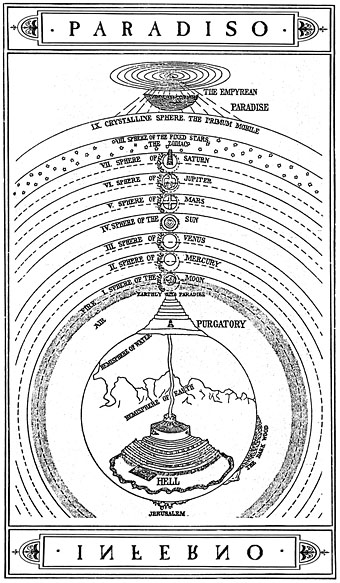 There is little in my notebook this week beyond a few stray quotes drawn from my reading and a raw reaction to one of Conrad DiDiodato’s most intriguing blog posts, which needs fleshing out. Let me post my notes on Conrad first:

I reread Frank Samperi’s trilogy a few months ago, and it produced a kind of seething in my mind which I recognize in Conrad. His post suffers from a conflation of Language poetry (in the person of Silliman) and the Occupy Movement. The Occupy folks in New York, by all accounts, are reading Whitman and Ginsberg, not Silliman. (Does anyone read Silliman? Except Silliman, of course.) So I have to set Conrad’s framework aside and focus on his notion of “Other Shore Poetics.”

I’m not sure I understand it. “The ‘other shore’ poetics is, at a literal level, a ‘Cry out to the angels above the city’—a type of invocation or representation certainly of the misery of quotidian existence (“Morning and Evening”) but, more crucially, a figural balance between angels & poets.” Is he saying that there are angels? Angels in the medieval, Dantean sense? Or angels as we find them in mystical Islam and Swedenborg? Or Angels in the Rilkean sense? Angels, perhaps, in the Jungian sense? Samperi meant them in the Dantean sense, I think—a sense I am constitutionally incapable of sharing.

A related issue. Conrad quotes Samperi approvingly: “If a work is primarily addressed to God, then it follows that the audience isn’t essential.” He sets this against Silliman’s shifting of what we might call the value-proposition of art from the artist to the audience—the old “invisible poet” canard. But is Conrad saying, as Samperi is saying, that without God, without addressing one’s work to God, the work must “fall” into the need for an audience? I think I may be missing his point. But again, as with angels, the dependency on a deity is beyond me.

And yet—here I am, intrigued by “Other Shore Poetics”! For me, it’s what allows an unbeliever like me to be moved, wooed, excited, etc. by Samperi’s poetry, its “other shoreness.” It’s the same feeling I get from reading Blake, and Rumi, and Dogen, and Dante. No interest whatsoever in their belief systems, but in their “other shoreness.”

Am I glomming on to Conrad’s idea, filling in what I don’t get with colors from my own palette? No doubt. I wish he would tackle the notion directly, apart from the Language poetry question, which is irrelevant to me.

I finished the second in Lawrence Durrell’s final sequence of novels (The Avignon Quintet), Livia. As fine as the first novel in the quincunx, Monsieur, and as odd (in a good way). The fact, for example, that the character Livia scarcely appears in the book. She is an obsession of the main character, the budding novelist Blanford. No need to go into it here. My notebook soaked up Blanford’s insights into the nature of writers—novelists in particular, though what he has to say applies to poets as well:

Blanford felt the whole weight of his unexpressed narcissism heavy inside him, like dough or wax, waiting to be kneaded into some sort of significant shape—by what?—but he did not as yet dare to think of himself as an artist. It was like a blind boil which could not discharge itself except in insomnia or in those sudden dispositions towards tears when some great music stirred him, or the glance of light on some ripe landscape pierced him. For others these vague intimations of beatitude, these realisations of beauty were enough in themselves simply to enjoy. But he came of that obstinate and unbalanced tribe which longed to do something about them—to realise and recreate them in a form less poignantly transitory than that vouchsafed by reality.

To really appreciate a place or time—to extract the poignant essence of it—one should see it in the light of a departure, a leavetaking. It was the sense of farewell in things which impregnated them with this phantom of nostalgia so important for the young artist.

Shaving himself in the bathroom mirror he realised that he had been pretending to be sane all his life.

[What is it about shaving? One of those few times in a day when most men spend more than thirty seconds looking into their own eyes.]

He began a book—the whole thing seemed to write itself, in the country somewhere—a country which he himself had never seen. It was overwritten and shapeless so he destroyed it. Yet something important had happened to him—on the mystical plane, though that seems a rather pompous way of speaking about the intervention of “reality prime” into his scheme of things. […] But what he realised was that from that moment onwards nothing he did was frivolous. It could be bad or good or even just inadequate or indifferent but it would be fraught with his own personal meaning, it would have his fingerprints on it.”

[Think of the chickenshits of the “uncreative writing” variety, who spend their days erasing their own fingerprints, and the chickenshit critics who concoct phony reasons to praise them for it.]

They had not met for quite a time and the older man had become very white and frail. The Prince greeted him tenderly and said: “Excellence, you have venerable-ised and so have I.”

Painting persuades by thrilling the mind and the optic nerve simultaneously, whereas words connote, mean something however approximate and are influenced by their associative value. The spell they cast intends to master things—it lacks innocence. They are the instruments of Merlin or Faust. Painting is devoid of this kind of treachery—it is an innocent celebration of things, only seeking to inspirit and not coerce.”

This whole absurd and mysterious business had been sparked off by a simple conversation in which the girl had said, “It will seem to you quite mad but from early on in my adolescence I seemed to have set myself a sort of task. I was trying to want only what happened, and to part with things without regret. It made me sort of on equal terms with death—I realised that it did not exist. I felt I had begun to participate in the inevitable. I knew then what bliss was. I started to live in a marvellous parenthesis.”

There was one stray poem in this week’s notebook—a creaky, notes-toward-a-poem thing, untitled:

It’s not enough to create the bird.
You must create the sky, too.
Creating the sky means a cloud,
and a certain blue, and a wind
perfumed by fields, by orchards,
the smell of freshly washed babies;
the stew of stinks, too: factories, cars,
dogs and corpses, sweat and shit—

I could go on. But now I’ve lost
track of the sky. I’ve lost it and can’t
get back to where at this very moment
the stars are coming out, glittering
blue-white above our interpreted world.
And the bird—why bother? Without a sky….