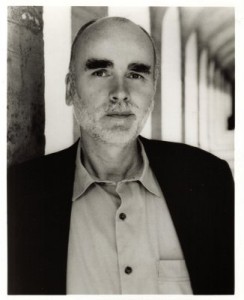 Adam Zagajewski is a marvelous poet. I say this although I’m able to read him only in translation. (I can read Dante only in translation, and his genius is likewise recognizable.) Literary types who complain (endlessly and in print) about the terrible limitations of language, including those who argue against translation as some kind of cheat, will encounter some arguments in Zagajewski’s intellectual memoir Another Beauty that I imagine they’ll find difficult to refute, assuming they bother to attempt a refutation. 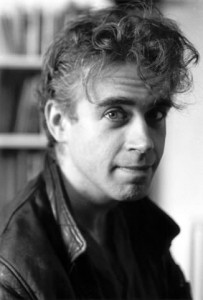 We’ve reached a point, in the U.S. at least, where received ideas are recirculated as seamlessly as freon in a fridge. I just read a review of two books by American ex-pat Michael Donaghy (Collected Poems and The Shape of the Dance: Essays, Interviews, and Digressions) in the July/August 2010 issue of Poetry (not yet online), by Washington Post columnist Michael Dirda. Dirda writes from a traditionalist stance. To Dirda’s credit, he made me want to read more than the smattering of Donaghy I’ve happened across. But on occasion the dirty little secret of traditionalism bobs to the surface of Dirda’s snappy prose: “[Donaghy’s] poems tend to describe events or people—there’s not much in the way of nature here, thank God….” I don’t feel a need to defend nature as poetic subject matter, but I do want to draw attention to the almost obsessive focus on the machinations of human society that constitutes the traditionalist project. Funnily enough, traditionalism shares this obsession with much of the avant-garde: both movements write and admire what I would call derivative poems—poems that depend on arcane allusions and a kit bag of stylistic (as opposed to poetic) devices borrowed from other writers. Donaghy, in an essay Dirda quotes, makes this point, though he limits it to the avant-garde: “The audience for avant-garde art is a middle-class audience that pays to be shocked, or bored or insulted, in much the same way that Mistress Wanda’s clients pay to be horsewhipped. It’s an audience that knows what it wants and is comfortable with its rituals and clichés.” How Donaghy, and Dirda himself, could fail to see that this equally well describes traditionalist verse is surprising—though its audience might wish to be rocked and crooned to than horsewhipped. It makes me wonder if we don’t all know why poetry goes wrong (yes, I should be using the currently fashionable term “poetries” here, but I can’t because it’s meaningless), but our blinders are so firmly attached that we can see it only in the work of our rivals.

The idea that poetry can go wrong implies that poetry can go right—and this brings me back to Adam Zagajewski. I don’t intend to focus on his poems, which you can read a sampling of here and here. I want to quote, instead, a few observations from Another Beauty. These are all about poetry, and you should know that my selections distort Zagajewski’s book, which I called earlier an intellectual memoir. It’s really a meditation on values—artistic, ethical, political, philosophical, and spiritual—and as such is larger and more various than a book about poetry per se. It offers a lens through which the author brings into focus what happens when poetry goes right, which (it turns out) has little to do with this or that poetic school or movement.

A writer who keeps a personal diary uses it to record what he knows. In his poems or stories he sets down what he doesn’t know.

Moments of revelation are like boundary stones, separated by several hundred yards of no-man’s-land. The poet experiences an epiphany in setting down the key line of his latest poem. But days, weeks, even months of shadow stretch between these moments of majestic clarity. And here the poet plays the historian’s role, sharing not just his ecstatic humanity with his readers but his dull, dreary, doubting humanity as well.

I realized early on that I’d probably never be a real scholar, an archivist, an academic. […] [M]y assigned reading dragged on at a snail’s pace. I never finished anything. I wasn’t a good student. Descartes lost patience, Aristotle looked askance. They already knew that this was no young philosopher poring for hours over the pages of their immortal tracts. It was only a poet, a dabbler who couldn’t refine a concept or elaborate new nuances in existing categories if his life depended on it. The poet is the philosopher’s older brother. Older, but treated for all that with a certain indulgent hauteur; men of learning view him as frivolous, flighty. A person who doesn’t spend ten hours a day in stuffy reading rooms can’t possibly be taken seriously. A person who makes things up as he goes along. Writes out of thin air instead of cobbling new books from old quotes, footnotes, rereadings of ancient texts. He sits in front of the typewriter with eyes closed, like a clairvoyant. Closer to astrology than to science. He’s prone to dubious enthusiasms; at times he sings, laughs, or cries while shut in his own room. True scholars wouldn’t do that. Scholars don’t close their eyes at their computers. Just the opposite—they prop them open.

At times I seemed to sense a vast rift between the university and life. A spirit of profound skepticism, of doubt in life’s worth, enveloped the university. […] I found more skepticism than daring in art as well, more irony, more narcissistic fascination with form than concern for the fittest subject of study: the great, stern, inscrutable world. Poets kept their eyes fixed on poetry, on linguistic riddles. One miracle alone held all their interest: that poetry still managed to exist (as if the world’s existence weren’t far more miraculous!). The greatest artists of our age—more my grandfather’s coevals than my father’s—acted as if they wanted to annihilate the forms of art they practiced. Picasso worked to destroy art, Stravinsky went after music, while Joyce’s target was the novel. They acted as if history had run its course, as if future generations were doomed, as if they wished to strip them of the joy of painting, writing, composing, thinking. The “whole”—who still wasted breath on wholeness? Who worried about a human community that was perhaps still yearning for a new word?

Anyone who composes a defense of poetry in prose neglects the writing of poems in the process. Can you really defend poetry this way?

What links poetry and music? Poetry.

Twenty-year-old students talking poetry and philosophy until dawn, sitting in a cheap café in a garret in Krakow or Paris: who can match their ardor, who can defend or indict all writers, living and dead, with greater passion? No one better honors the works of the human spirit than students sitting for hours in the smoke-filled rooms of little restaurants, students caught up in conversation.

Any reader of Paul Valéry’s poems and essays is intrigued by that famous night in Genoa, between the fourth and fifth of October 1892 (a fierce storm raged over the city, and tradition was thus satisfied on this score at any rate). The poet was visiting his Italian relations, who lived near Salita San Francesco, in the heart of old Genoa. Valéry himself called this his internal coup d’etat. European culture has known other such nights, moments of spiritual crisis. Who can forget Pascal’s night and the flame that burned in it! But the night in Genoa was different. That night a flame was extinguished. It was a critical night, a night of criticism, a night when Valéry destroyed all his previous idols with one exception: the idol of the intellect. Up until now, this feverish young poet had strode through the clouds of fantasy, poring over the Symbolists, worshipping the hazy divinities of poetry, and not just poetry. But before the dawn of October fifth he is reborn as a sober, acutely intelligent writer who will henceforth suspect all stirrings of the soul that can’t be naturally explained. He will never again submit to inspiration, he will exalt craft and the calm, clear gaze above all transports of ecstasy or emotion.
If I were a historian of culture, I’d call attention to that night, a night when one of the age’s greatest writers realized that the flame had died. The way to the twentieth century now lay open.

In philosophy the questions are obvious; they rest, so to speak, upon the surface. And this is what generates philosophy. But poetry and ambitious prose don’t lack for fundamental questions on human nature and the nature of the world. Only the questions are deeply hidden. Woe to the writer who values beauty over truth.

I now think that introspection is pure boredom—that is, if you see introspection as self-abstorption, and not as attending to the voices of others, the living and the dead.

Young people–especially young artists—have the happy capacity to experience the innocent bliss of rapturous moments, first discoveries, the feverish first moments of joy as the world’s roof lightly rises to disclose a sliver of mystery. Innocent joy! The doors open, if only for a moment, and the light shines forth. And we’re still so young that the rapture alone suffices; we don’t yet ask about its meaning and its place in the human community’s dense fabric. We’re like the gambler who wins an enormous sum and doesn’t give a thought to what he’ll do with it.
Later we grow more restless and our questions become more pressing with every year and each new revelation: What is this rapture? What is its source? And how do we make sense of it? Rapture itself is a gift, but we must find, or make, its meaning ourselves. Despair is something else again. It seems to offer us—willingly, unbidden—new explanations with every passing year.

Ecstasy and irony rarely meet in the world of art. When they do, it’s usually for the purposes of mutual sabotage; they struggle to diminish each other’s power.

Imagine someone who wants to write a defense of poetry. He prepares scrupulously, and spends years on the book. He’s three-quarters done when he notices that he’s unconsciously begun attacking poetry; he doesn’t like it anymore, he sees only its artificiality and pretensions, its bookishness, its inability to answer the most difficult and fundamental questions. But then, as he draws near the end, he forgives poetry once again for its obvious imperfections, and thinks that this is precisely the point: to be able not to answer the most difficult questions, and keep living anyway.

There is more wisdom in Another Beauty than these excerpts suggest, and now I notice that even they lose some of their force by being wrenched out of the context of Zagajewski’s larger mediation. This is because a poet’s ideas about poetry—and his poems themselves—are like shining drops of dew on a spider’s web: they don’t spring from the web itself, but are gathered by it, reflecting a certain climate, a particular weather, in which the web exists. It helps to know a bit about the web, I mean. But the light in the dewdrops is what catches our eye.