An Old God and a Demon

Browse: Home » An Old God and a Demon

An Old God and a Demon 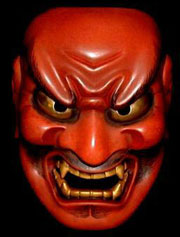 Today Bob Arnold posted this wonderful poem by Bertolt Brecht. It reminded me of two others of his that I happen to love, drawn from Bertolt Brecht: Poems, 1913-1956:

The God of War

I saw the old god of war stand in a bog between chasm and rockface.
He smelled of free beer and carbolic and showed his testicles to adolescents, for he had been rejuvenated by several professors. In a hoarse wolfish voice he declared his love for everything young. Nearby stood a pregnant woman, trembling.
And without shame he talked on and presented himself as a great one for order. And he described how everywhere he put barns in order, by emptying them.
And as one throws crumbs to sparrows, he fed poor people with crusts of bread which he had taken away from poor people.
His voice was now loud, now soft, but always hoarse.
In a loud voice he spoke of great times to come, and in a soft voice he taught the women how to cook crows and seagulls. Meanwhile his back was unquiet, and he kept looking round, as though afraid of being stabbed.
And every five minutes he assured his public that he would take up very little of their time.

The Mask Of Evil

On my wall hangs a Japanese carving,
The mask of an evil demon, decorated with gold lacquer.
Sympathetically I observe
The swollen veins of the forehead, indicating
What a strain it is to be evil.