Browse: Home » Among the Theoristas 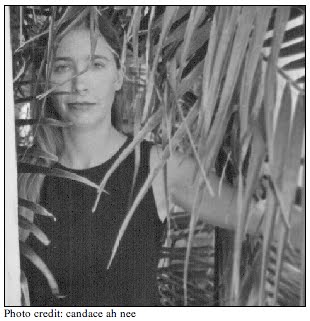 I was surprised to see this quotation on Al Filreis’s blog: 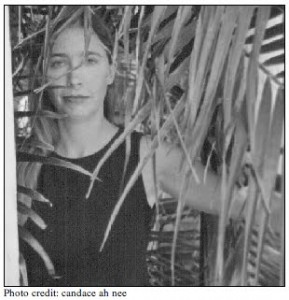 Reading is usually taught in school so as to walk hand in hand with assimilation. And it is at its most oppressive when taught through principles of absolute meaning. Beginning reading exercises tend to emphasize meaning as unambiguous and singular; the word ‘duck’ in the primer means the bird, not the verb. Further, as a learned and regulated act, reading socializes readers not only into the process of translating symbol into word with a one-to-one directness, but also into specific social relationships. Dick and Jane, to use the most cliched example of a primer, teach how to live the normalized lives of the nuclear family as much as they teach how to read. Further, much of what is read does not fully engage the resistant possibilities within reading, and as a result it tends to perpetuate reading’s conventions.

This surprised me because Al seems to offer it as an insight, though I happened to read it as an example of the shoddy intellectual standards one finds among leading Theoristas like Spahr. Let’s try a little close reading.

Note that “assimilation” is not defined here (it’s an excerpt, after all), but since Spahr makes it cognate with oppression we can assume she isn’t referring to its primary definition, “to take in (information, ideas, or culture) and understand fully”; surely that process can’t be oppressive. Presumably she wants us to understand the secondary meaning of the word, “to absorb and integrate (people, ideas, or culture) into a wider society or culture.” Now there is a process that can certainly be oppressive!

The problem is that Spahr applies the secondary definition to processes that belong to the primary definition. Learning to read, for example. Is it really “oppressive” to avoid confusing a beginning reader with the multiple meanings of words? Isn’t it the case that one can’t grasp the notion of ambiguity unless one grasps the notion of meaning in the first place? It would be a hoot (“an amusing situation,” not “a deep or medium-pitched musical sound, often wavering or interrupted, that is the typical call of many kinds of owl”) to watch Spahr teach a child to read by focusing on ambiguity.

Even more hilarious is her suggestion that teaching beginning readers that words can have a one-to-one correspondence to things in the world (they can have such a correspondence, can’t they) “socializes” them to understand social relationships in a similar way. Here she resorts to “Dick and Jane” primers, which she admits is “the most clichéd example.” It would be better for her to admit that her example isn’t just clichéd, it is non-existent: the last Dick and Jane primer was published in 1965—36 years before the publication of Spahr’s article on how “reading is usually taught.” Could it be that current primers do not stump for living “the normalized lives of the nuclear family”? But if that were true, well—that would mean her theory doesn’t hold water. And among Theoristas, facts are never so significant as the Theory being propounded.

How much more persuasive she would be if only she would provide some current examples of “what is read” (a retreat into passive voice on the order of “mistakes were made”) and show how they “perpetuate reading’s conventions.” But that would involve close reading, wouldn’t it? One of those “oppressive” processes Spahr and her fellow Theoristas would like to get rid of. After all, words are symbols so infected with multiple meanings that a close reading can only oppress the poor reader. Or the poor Theorista.

Of course, I use the word “poor” to mean “considered to be deserving of pity or sympathy” (albeit with ironical intent), not “lacking sufficient money to live at a standard considered comfortable or normal in a society.” Theoristas, in my experience, tend to enjoy tidy salaries, if not outright tenure, at institutions of higher learning, where they are free to indulge their feelings of oppression over glasses of churning boutique beer or maybe a nice chianti.