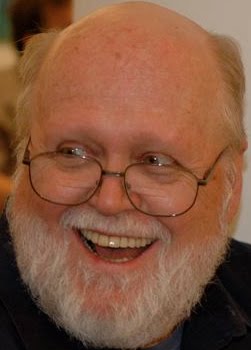 I was reading Kent Johnson’s post on John Latta’s Isola di Rifiuti blog this morning when a stray thought zapped flylike through a small tear in the screen of my concentration. The post continues a debate between Johnson and Tony Towle over a famous poem ascribed to Frank O’Hara, but which Johnson speculates may in fact have been an imitation of O’Hara written in homage to the deceased poet by his friend Kenneth Koch. The debate is full of detailed biographical information, from where so-and-so was on July 25, 1963, to exactly what typewriter was used to create a carbon copy of the poem in question. I love this stuff, and it’s one of the reasons I’m looking forward to my copy of Johnson’s new book on the subject.

But that stray thought! (You thought I’d forget.) It involved “Captain” Ron Silliman, who is an expert in juggling the kind of information we find in the Johnson/Towle debate. (Did Rae Armantrout munch a cruller or a churro while discussing The New Sentence at an outdoor café in Berkeley, Calif. circa 1974? This is the sort of question Silliman is always happy to raise and to answer.) But I suddenly wondered (my stray thought): Who is Ron Silliman? Where are the chatty memoirs about his sense of humor, his sexual pecadillos, his political activities, his ways of making a living, his writing processes, the history of his various manuscripts, where he wrote what and when, etc.? Is it odd that a writer as influential, as (well) gossipy, as Captain Ron seems to exist primarily as a voice in the ether? Oh, I know. He gives readings. Big deal. The man who gives readings could be a shill—a Professor Irwin Corey to a Pynchonesque Silliman.

I am speculating, of course. But it would be fun to hear what friends and foes have to say about the physical Captain Ron, the historical Captain Ron. Or maybe it’s been done and I’ve just missed it. If so, would someone provide some links? I promise I’ll forget the details in a week or so….