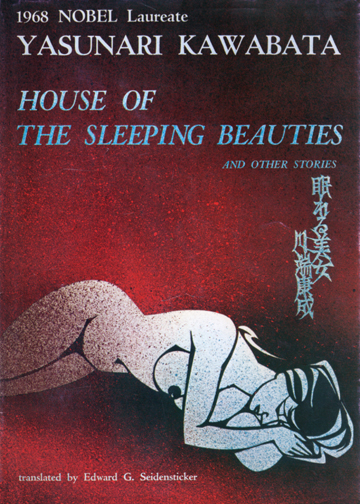 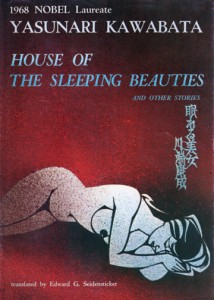 The other night I was reading the title novella in Yasunari Kawabata’s House of the Sleeping Beauties, a luminous and disturbing tale to say the least. The piece consists of five sections, and I’d read one each night in bed before going to sleep (much of the book takes place in a bed, so it seemed a good fit). When I got into section five it was after a long day of brain-grating work, so although the section was short I was struggling in a mire of sleepiness. When I got to the end of the story—well, I felt disappointed. It seemed abrupt and unresolved. I went to sleep just a little annoyed, but trust me, the feeling didn’t keep me up.

The next morning I decided to go back to the story at the point where my attention had begun to flag. I found myself bowled over by the strangeness of the prose, by how right the ending was. The experience made me wonder about my judgment. How much do the circumstances of my reading play into my perceptions of the book? 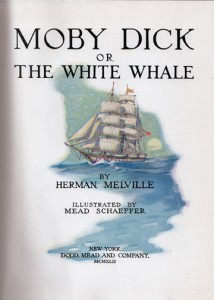 I’ve had similar experiences, but usually separated by months or years. The first time I read Moby Dick, in my twenties, it was a terrible struggle; when I read it again twenty years later, even the quasi-journalistic chapters on whaling seemed part of the overall perfection. But I wonder now if the difference had less to do with age, as I always thought, and as much or more to do with where I was reading. My first reading was in the rented basement of a Victorian home during a rainy autumn in Vancouver, BC, when I was in grad school—a depressive location for any native Coloradan accustomed to 300 days of sunshine a year whose wife had stayed in Colorado to work. My second reading took place in Colorado one summer. I was recently divorced and living in good apartment with a balcony just large enough to hold a bicycle, a hibachi, and a couple of lawn chairs. Every day after work I would sit in one of those chairs and sail on the waves of Ishmael’s wandering tale while the warm air pushed through leaves of mountain ash and flowering plum trees in the courtyard. These were two distinctly different kinds of solitude, one in which Melville failed to speak to me, the other in which he absolutely sang from page to page. The circumstances certainly made a big difference.

After all this, you may be expecting a “review” of Kawabata’s book, but I don’t want to provide one. Suffice it to say that “House of the Sleeping Beauties,” in which an old man pays to lay overnight in bed with much younger women who have been drugged into a sleep so deep that they know nothing about the man lying beside them. Rule of the House: the patrons may not, as we used to say, “take advantage” of the girls. This fundamental construct is the stage on which the old man struts and frets in fraught meditation on eros, his marriage, his past with other women, and the effects—physical, psychological, emotional—of aging. It’s a profound story, clear and impressionistic at once, and it outshines the other two stories in the book, though both are wonderful in themselves.

Let me just pluck a few brief lines from Kawabata, who has a penchant for aphoristic statements that resonant on a variety of levels:

An old man lives next door to death.

A thought came to him: the aged have death, and the young have love, and death comes once, and love comes over and over again. It was a thought for which he was unprepared, but it calmed him….

Any kind of inhumanity, given practice, becomes human.

That last one in particular is harrowing to contemplate!

But let me end on a lighter note: a note about sleep. It’s a light but strangely moving passage from Chapter 11 of Moby Dick, in which Ishmael describes his first night sleeping in the inn’s only available bed with the harpooner Queequeg:

Yes, we became very wakeful; so much so that our recumbent position began to grow wearisome, and by little and little we found ourselves sitting up; the clothes well tucked around us, leaning against the head-board with our four knees drawn up close together, and our two noses bending over them, as if our kneepans were warming-pans. We felt very nice and snug, the more so since it was so chilly out of doors; indeed out of bed-clothes too, seeing that there was no fire in the room. The more so, I say, because truly to enjoy bodily warmth, some small part of you must be cold, for there is no quality in this world that is not what it is merely by contrast. Nothing exists in itself. If you flatter yourself that you are all over comfortable, and have been so a long time, then you cannot be said to be comfortable any more. But if, like Queequeg and me in the bed, the tip of your nose or the crown of your head be slightly chilled, why then, indeed, in the general consciousness you feel most delightfully and unmistakably warm. For this reason a sleeping apartment should never be furnished with a fire, which is one of the luxurious discomforts of the rich. For the height of this sort of deliciousness is to have nothing but the blanket between you and your snugness and the cold of the outer air. Then there you lie like the one warm spark in the heart of an arctic crystal.