What Age is Worth

Browse: Home » What Age is Worth

What Age is Worth 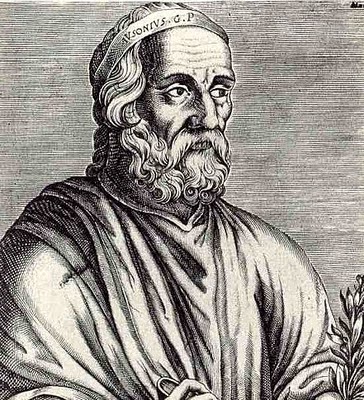 Years ago I discovered Ausonius in Helen Waddell‘s wonderful book The Wandering Scholars. (See the first part of my earlier post.) Although I took three semesters of Latin in high school, I promptly forgot most of it, and so my effort to translate the Ausonius epigram below relied on a Latin dictionary and a Loeb Library translation by Hugh G. Evelyn White.

The online Encyclopedia Britannica refers dismissively to Ausonius as a “Latin poet and rhetorician interesting chiefly for his preoccupation with the provincial scene of his native Gaul.” Anna Pearl MacVay, in an old issue of The Classical Weekly (Vol. 5, No. 7: Nov. 25, 1911), is more generous and more accurate, at least so it seems to me: “No other classic writer so felt the subtle charm which nature has for modern eyes.” The epigram that caught my eye isn’t about nature, though, but the nature of a particular kind of love:

Sweet wife, let’s live as we lived, and keep
the names we whispered in our wedding bed.
As time goes by, let’s keep change at bay:
I’ll go on as your boy, you’ll be my girl.
Even if I live longer than Nestor, and you
the Cumaean Sibyl, let’s ripen but refuse
to age. Better to know what age is worth
than waste time counting down the years.

In “Ausonius’ Elegiac Wife: Epigram 20 and the Traditions of Latin Love Poetry,” an article by R. Sklenár in Classical Journal (101.1: 51–62) devoted to this poem, the author remarks that Ausonius later wrote an elegy for his wife, whose name was Sabina, in which he notes that she died at age twenty-seven. How strange to feel a pang of sorrow for this long dead man (“interesting chiefly … [etcetera]”) and his young wife!

It’s the pathos of that number, twenty-seven, that made me want to hear his poem in my own English.