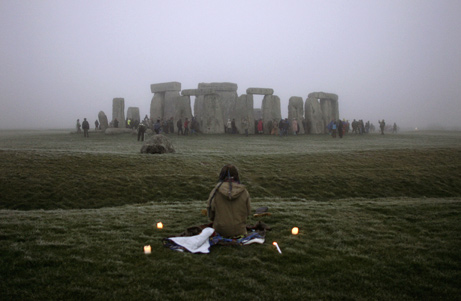 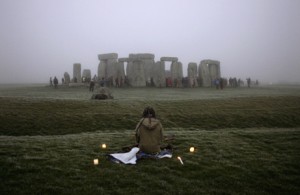 On the Tuesday, June 2 edition of NPR’s Talk of the Nation, archaeologist Mike Parker Pearson was interviewed about new research being done at Stonehenge, the roughly 5,000-year-old neolithic site located about 100 miles southwest of London. (Pearson’s team’s research is covered in a fascinating article in the June 2008 National Geographic.) At the beginning of the interview Peason made a remark that took the top of my head off as surely as a good poem does: “If you look at [the age of Stonehenge] in terms of human generations, it’s about 180 generations ago— which isn’t that much.”

180 generations! Near enough to feel the ancient winter solstice mists of River Avon casting their frosty mesh over your face….