Browse: Home » The Poetry of Outsidership 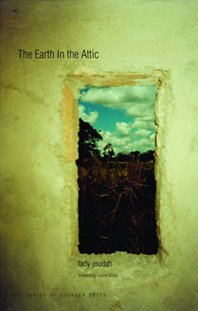 I just discovered a site called Goodreads, and yesterday I posted this brief review there. I’ve expanded it somewhat and added a few links for this incarnation.

Someone once pointed out that judges of the Yale Younger Poets competition are dependent on what comes across their desks. There are fat years and lean years. W. S. Merwin’s first year as judge was a lean one, evidently, since he could find no manuscript worth publishing. 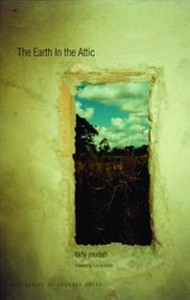 But last year was a fat one, if Fady Joudah‘s The Earth in the Attic (selected by Louise Glück) is any indication. Joudah’s poetry is powerful in part because it has the sharp flavor of real life about it, not the musty, innocuous taste of the Academy. (His status as a Palestinian-American medical doctor and his experience as a field member of Doctors Without Borders must be involved in the human urgency that drives his poems.) His is a poetry in which inner and outer worlds are inextricably intertwined—a quality that allows Joudah to pass back and forth between these worlds seamlessly, so that his poems resonate like two cello strings—or three!—stroked by a single bow.

Joudah’s dominant subject is (if I may coin a word) outsidership: a state that sometimes has the ache of exile, and other times has the serenity of emotional and intellectual distance. Joudah’s outsidership allows him to write out of what Peter Dale Scott would call “deep politics”—a level at which he can bear witness to both history’s warring spiders and the complex patterns of the web they fight over and upon. 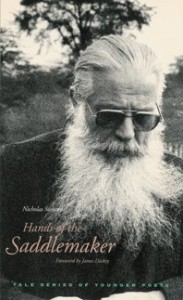 I believe one would have to reach all the way back to 1992’s winner Hands of the Saddlemaker, by Nicholas Samaras, to find a Yale Younger Poet’s selection of comparable range, power, and seriousness.

I must add that Fady Joudah is also the translator of The Butterfly’s Burden, a collection of three recent volumes by the great Arab poet Mahmoud Darwish. Darwish, for me, is unreviewable: His poetry is rooted in and reflective of an ancient, rich tradition that makes every line suggest inaccessible depths. Darwish’s genius is evident, but as I read him—in any of the several translations available—I keep feeling dogged by the sense that I’m missing the point, or at least that I’m missing something crucial in the context of his words. 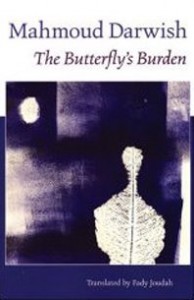 One extra gift Fady Joudah offers in The Earth in the Attic is a Darwishian sensibility occurring fully—that is, natively—in English. Of course, Joudah is not Darwish, and most of the currents in his poetry are distinctly American. But the largeness of his vision must owe something to that outsidership he seems to share with Darwish—a world-view that Americans should at least try to understand, or risk continuing to blunder about the planet with our havoc-making illusions flashing like lights in some maniacal pinball machine.