The Firebird Watch Begins This Fall

The Firebird Watch Begins This Fall

The University of Chicago Press has scheduled my friend Joe Nigg’s new book, The Phoenix: An Unnatural Biography of a Mythical Creature, for release this November. He will discuss and sign copies at a book launch hosted by The Tattered Cover Colfax store at 7:00 p.m. on Saturday, November 19. Be sure to add this event to your calendar!

Since publication of The Book of Gryphons in 1982, Joe has explored the rich cultural lives of mythical creatures in a variety of styles and formats for readers of all ages. His books have garnered multiple awards and have been translated into more than 20 languages. His most recent book, Sea Monsters: A Voyage Around the World’s Most Beguiling Map, published (like The Phoenix) by University of Chicago Press, was released in 2013. 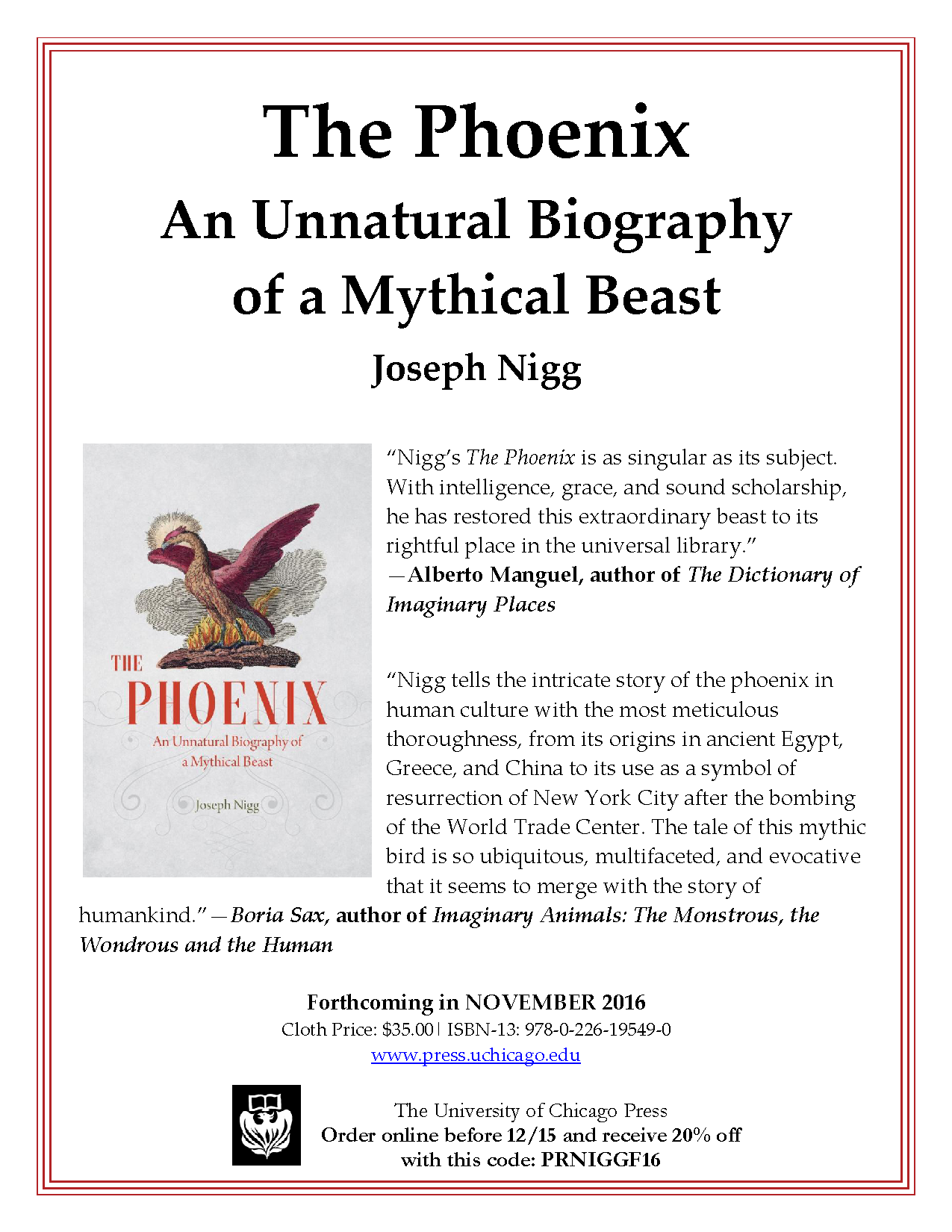