Reality and the Kingdom of Images

Browse: Home » Reality and the Kingdom of Images

Reality and the Kingdom of Images

How strange to discover the figure of Donald Trump in a 2001 novel by César Aira! I’m speaking of Shantytown, in which Aira presents a character called Judge Plaza, an obese woman with dyed-blond hair. Here’s how Aira describes her (pp. 128-129), in Chris Andrews‘ fine translation: 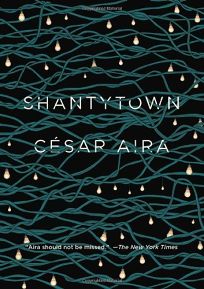 Very confident, well-groomed, commanding and decisive. She had earned her reputation. She inspired fear. The tabloid journalists loved her, and so did their huge audience, who felt it was time for a tough and energetic justice, unhampered by wigs and precedents, ready to take to the streets and fight crime on its own turf.

A few die-hard liberals criticized Judge Plaza—under their breath, mind you, and among themselves in their ivory towers—for being a “media celebrity.” But that wouldn’t have stopped them approving of her if she hadn’t been so vulgar, so in tune with the bloodthirsty instincts of the masses. In fact they had a very good reason to approve of her, which was that she always chose her prey among the masses that had made her a star. And once she had chosen and the hunt was on, she was as fierce as a wild cat: relentless, vengeful, truly bad, of that you could be sure. There was no escape. The public cheered and cried out for more. It’s odd that it never occurred to those citizens, not even for a moment, as they sat in front of their televisions following the judge’s exploits, that one day she might target them. After all, anyone can end up looking suspicious, given the complexity of modern life in a big city, and she was not the sort of judge to bother with gathering evidence, or comparing witness statements, or giving guarantees; her specialty was destruction, annihilation, and the slightest suspicion or rumor was enough for her to go on. She was a woman to be feared, yet none of her fans was afraid of her. Maybe it was because of her status as a media personality. The villains she was after were personalities too, at least as soon as she was on the case, and the whole operation remained within the kingdom of images.

Donald Trump is about to arrive in the Oval Office from “the kingdom of images,” with no qualifications beyond his relentless vengefulness, his rampant egotism, his cunning mutilation and manipulation of language, and the star-struck desperation of his fans, who would rather shelter in the kingdom of images than confront the realities of their historical moment.

Aira concludes his introduction of the Judge with this statement: “It’s often said that television has changed people’s lives, but the truth is that life has maintained its independence.” We’re witnessing the truth of this insight as it relates to Trump, whose chaotic, Keystone Cops cabinet appointments are already giving some of his supporters pause; perhaps it’s beginning to sink in that this uniquely unqualified, pampered-from-birth nitwit will be Bumbler-in-Chief for the next four years, during which real damage to real lives will be done in ways which neither his supporters nor his opponents can predict.

I should add that Aira’s is a cautionary tale in this regard, because Judge Plaza wins in the end. The kingdom of images merges with real life in a brutal, hallucinatory way that may well capture what we’ll all be feeling when the next presidential election rolls around.