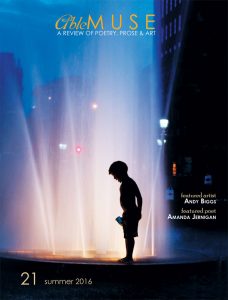 I’m excited to note that Alexander Pepple, editor of the energetic journal Able Muse, has nominated my poem “Touch” for a Pushcart Prize. (The poem also appears in my new book, The World As Is: New & Selected Poems, 1972-2015.) It’s quite an honor to be nominated in the company of such fine poets as Amanda Jernigan and Scott Ruescher. Thanks, Alexander!