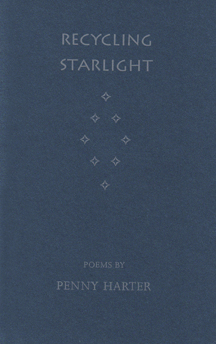 In a recent review of Helen Vendler’s Dickinson: Selected Poems and Commentaries, the politico-literarily inept Lorin Stein reveals himself to be a refreshingly direct, no-nonsense reader of poetry. He values Vendler’s Dickinson for its “sensible, elegant interpretations” of a poet who “has become our founding experimentalist.” By that he means that we are encouraged “to find [Dickinson] daunting: cagey, coy, subversive, furious, elliptical. These are qualities,” Stein adds, “we tend to prize, and even fetishize, in poetry today.” He’s right, of course, and he’s right that this view distorts Dickinson. Vendler, Stein argues, “assures the reader [that] the poem says what you think it says.” The current crop of critics detest this idea, because their careers as campus explainers would evaporate if readers did what Vendler, according to Stein, encourages them to do: “trust your own eyes, experience, and heart.”

All this is a long-winded journey toward a small book that thirty years ago would have needed no such preface: the new collection of poems by Penny Harter entitled Recycling Starlight.

Harter lives in New Jersey but has venerable Southwestern roots in and around Santa Fe. I met her when my fourth book, The Rain at Midnight, was issued by Sherman-Asher back in 2000, and the Santa Fe publisher—who had also published Harter—generously threw a launch party for the book. Harter’s husband, the extraordinary haiku scholar William J. Higginson, was there as well, a quiet man with a casually trimmed gray beard. He didn’t seem disposed toward wasting words; he observed, smiled, nodded, and generally let his more outgoing wife engage in the conversation, though the two are equally vivid presences in my memory. It grieved me to hear of Bill’s passing back in 2008, though I hadn’t kept in touch with either half of that fine couple (this kind of failure seems ingrained in me), and all too soon I was whirled away like a leaf in the winds of my own life.

This long-winded preface has a point. A few weeks ago, Penny Harter’s new collection, Recycling Starlight, arrived in the mail from Ce Rosenow, who had just released the book under her Mountains & Rivers Press imprint. I had agreed to review the book, but in reading it felt bowled over by its elegiac intimacy. It seemed, frankly, beyond comment. But after sitting with that feeling for some time, I realized that the book was not beyond comment, only beyond critique and interpretation. So let me simply try to characterize the experience of reading and rereading it, not as a critic but as a fellow sufferer.

First of all, Harter beautifully captures the feeling that her personal loss reflects a universal grief. Virgil touches on this universality when, in Book One of The Aeneid, he shows us Aeneas gazing at a mural that depicts battles of the Trojan War; the hero bursts out crying and says (in Robert Fagles translation), “The world is a world of tears, and the burdens of mortality touch the heart.” Harter strikes this familiar note even as she quietly dissents from it. By that I mean simply that she grieves without succumbing to the pessimism inherent in the tragic vision. Instead, she offers an almost anti-heroic vision of healing openness. The world, for Harter as for her husband, has more than tears to offer.

This preference for openness leads Harter to respond to her loss using a variety of formal approaches, from haibun and haiku to free verse to the Petrarchan sonnet. This variety reflects my own experience with grief: it operates on many levels, in ways large and small. The fact that Harter cultivates her openness to those many levels makes Recycling Starlight both honest and nurturing, a sequence of poems completely lacking in the emotional ostentation that (for me) mars Tess Gallagher’s elegiac poems for Raymond Carver. There is also no rhetorical ostentation of the sort we see in Tennyson’s In Memoriam. By confiding or simply allowing us to overhear, Penny Harter creates a relationship with the reader that is both intimate and dignified—a sharing as opposed to a performance.

Because this book is brief, I don’t want to quote from it extensively. I do want to offer enough of a taste, though, to illustrate the different levels of grief I mentioned earlier. Here are two complete poems as examples:

Have you forgotten rain? Do you remember
storms that force to earth the heavy limbs
on those things we call trees? Have you forgotten
scents of dew-drenched flowers blooming here?
And is there something cousin to the wind
where you are now?

What color is the sky between the worlds?
In my dreams I stare right through your heart,
right through what used to be your sturdy flesh,
and find some new stars nesting in your ribs
in constellations which I cannot name.

Have you forgotten rain? What seasons mark
the cycles of the years, if time blows through
those galaxies that cradle our dear dead?
Today the nearest start to where we lived
awakened me form some dim dream of you,
and when I turned my face from dark to light,
I felt the rain.

Both of these, each in its own way, are as fine as poetry gets. Harter, like Helen Vendler’s Dickinson, asks only that the reader trust his or her own eyes, experience, and heart.

Finally, let me say something about Recycling Starlight as a physical book. It’s an elegant object designed by poet and book artist Jonathan Greene: a midnight blue, lightly flecked cover imprinted with powdery silver type and wrapped around 28 pages of beautifully typeset poetry. (I’m hoping my scans of it convey something of its beauty.) I’m old enough to care about such things; I sometimes fear that mine will be the last generation to care about them. A version of this feeling lies at the core of Penny Harter’s book, and so the lushness and subtlety of its physicality is utterly appropriate.