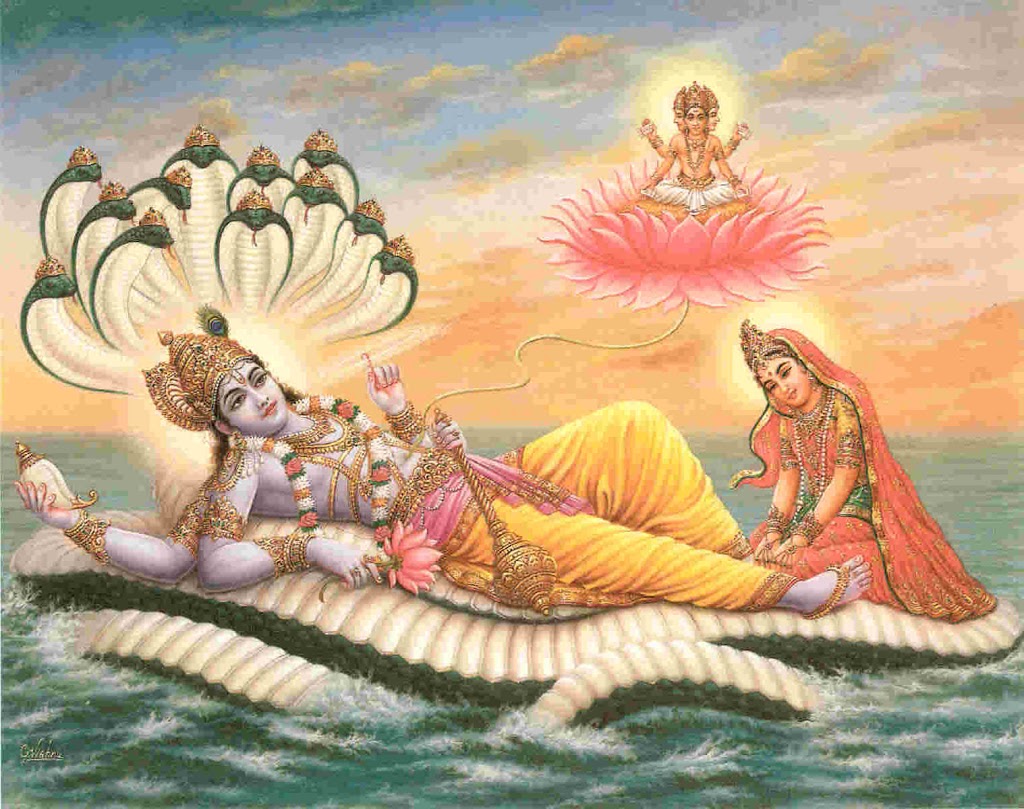 One of the most entertaining posts yet from poet/translator/editor Pat Dubrava’s blog Holding the Light. The blog’s name is the same as the poet’s second book, Holding the Light, which you can buy here (scroll down just a bit to find it). It’s a lovely collection of resonant poems like this one:

The poem “Naráyana”by Elsa Cross describes an
aspect of the god Vishnu, who dreams the world into
existence. He is often depicted sleeping on a bed of
coiled cobra, over primal waters.

Even in my downstairs study I hear
the muffled pounding over my head.
We took the low bid
and today four Mexicans arrived,
three men and a small boy who shovels
remnants of old shingles into a wheelbarrow.
None of them speak English.

Deciphering a Mexican poem about a Hindu god,
I ache to ariticulate the last line:
Y tu sueño va imbricado en sus escamas.
Imbricate: the same verb in English,
overlapping evenly, as tiles, do,
meshing with those final fish escamas.

Va impbricado: the verb to go,
if joined with the past participle,
signifies to suffer its action.
The imbrication then, is endured.
Not even that. It simply happens as you sleep.

Now we know why the bid was so much less,
watch as new tiles lap the roof in even rows.
wonder how little they are paid,
these dark men who have no English, no papers.

Escama: fish scale. The dictionaries give no echo
of other English sense, such as the social scale
or the wage scale or the scales of justice.
None of that in Spanish.
Only, in the second or third definition,
subtle resentment, vague mistrust.

The Mexicans climb my high, steep roof.
What if one of them were hurt?
The contractor shrugs. “Don’t worry.
These guys make no claims.”

Deep in the night of his vast sea,
Narayana dreams the world.
Over my musings shingles spread
their repeating pattern.
The sun reaches for noon and the boy tires,
leans against his father’s battered car,
pushing rows of dents
into the yielding metal of a Pepsi can.
He ought to be in school.
“We won’t use this contractor again,”
my husband fumes. “These guys are exploited.:
Pero, pobrecitos: they are here now.

Elsa writes in Mexico City.
I translate her Indian poems in Colorado
and these Mexicans on my roof nail their way
into our privileged realm, that place
where the world is made by dreaming,
but not before being covered with scales. 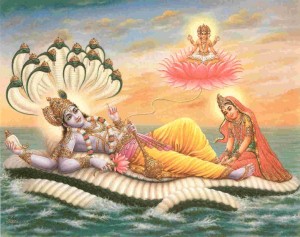 The seasons pass
and at the time when night
once spread its winter mist
to the horizon,
the sun now rises
over the waters,
yellow crown,
VOWS
for the kindling day.

And below the day
the night of Narayana
makes blue arms undulate
from his bed of snakes.
And your dream is overlapped by his scales.