As I did at the end of 2015, I’m laying out my past year’s book reading in the spirit of sharing the often haphazard journey of mind and heart that is my chief solitary pleasure. (There are other pleasures, of course, not solitary at all, but they don’t involve this particular addiction.) Again, the books listed below are ordered according to when I read them. I won’t comment on all of these titles because all of them are well worth reading. (I long ago got over the compulsion to finish books I dislike, an obsessive-compulsive habit that bit the dust the day I threw away my copy of Don DeLillo‘s execrable Ratner’s Star just 30 pages shy of the end. What a relief! Bottom line: Books that don’t seem worth the energy it takes to read them never make it on this list.) In any case, as in 2015, I do want to highlight some books that are still vibrating like tuning forks in my psyche: 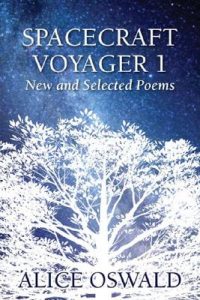 The Emily Dickinson “Where Did the Top of My Head Go?” Award: Alice Oswald‘s new & selected poems, Spacecraft Voyager 1. (I have to say that this is an unfortunate title that doesn’t reflect the nature of Oswald’s work. “Man is the intelligence of his soil,” Wallace Stevens wrote, “The sovereign ghost.” Oswald suggests that the soil is the source of all intelligence—a reversal of Stevens, it seems to me, along the lines of the reversal enacted by the poems of A. R. Ammons, whose adverturous impulses Oswald seems to share.) Oswald is one of those British wordsmiths who hammer the language into unforeseen and amazing configurations with apparent ease. I say “apparent” with Yeats in mind, who wrote in “Adam’s Curse”: “A line will take us hours maybe; / Yet if it does not seem a moment’s thought,  / Our stitching and unstitching has been naught.” Nothing in Oswald is for naught. What’s more, this volume contains an outright masterpiece, the book-length poem “Dart,” which brings us up close to that soulful Devon river and for which she received the 2002 T. S. Eliot Prize. 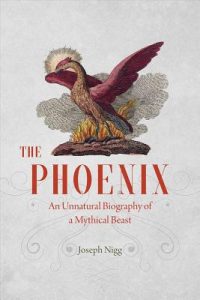 Best Reminder that Joseph Campbell’s Spirit Is Alive and Well: Joseph Nigg‘s The Phoenix: An Unnatural Biography of a Mythical Beast, in which the author traces the birth and rebirths of the phoenix from its ancient Egyptian temple at Heliopolis to our globalized doorstep. The hunt follows this sacred bird through a variety of cultural, religious, artistic, and literary incarnations. Now, I have to admit: Joe is a personal friend, and I made a few minor contributions to the book’s content in the chapter on modern poetry. But I don’t think that diminishes my recommendation. The Phoenix is honestly the best book of its kind that I’ve read since Campbell’s The Hero with a Thousand Faces. Like Campbell, Nigg is an independent scholar, not an academic specialist, so his book concentrates on the power of the phoenix as an image and archetype while tracing its development over two-and-a-half milennia. The result is exhilarating. 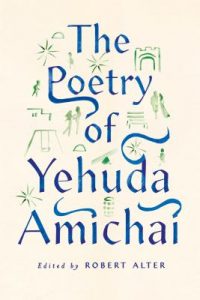 Best Poetic Rediscovery: Robert Alter‘s vast edition of The Poetry of Yehuda Amichai brings together translations by multiple translators of the great Israeli poet, who manages, in poem after poem, to unite the exalted and the everyday. Amichai was surely among the last century’s most emotionally/intellectually complex and humane poets, earthy and erudite at once. 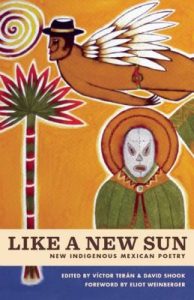 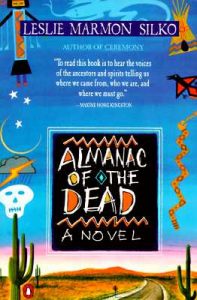 Best Belated Fiction Discovery: Leslie Marmon Silko‘s Almanac of the Dead, which I had bought a year or so after it came out (1992 or ’93). I started it several times but never got past the first 20 pages. There is a dark energy in it that sets in at the beginning and doesn’t let go, a nightmarish quality that not only possesses the characters but the prose itself, which is protean, by which I mean shape-shifting, present and past tenses, internal and external actions, all flowing through the reader’s body in disturbing ways. Then, early on this past year, I read Silko’s first novel, Ceremony, which inspired me to yield at last to the uncanny magic of Almanac. I couldn’t put it down, but I couldn’t read it quickly, and I still haven’t quite recovered from its harrowing vision, which predicts (it seems to me) both the inspiring resistance at Standing Rock and the sleazy ascendancy of Donald Trump. 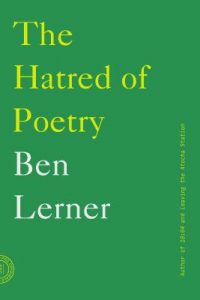 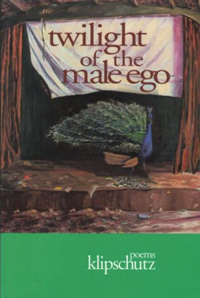 Best Reminder that Poetry Can Be a Hoot: Twilight of the Male Ego, by the singularly named West Coast poet and song writer Klipschutz (a.k.a. Kurt Lipschutz). K has been classed as an “outlaw poet,” by which is meant, I suppose, a non-academic hipster who lives by his wits. He has plenty of wit to live by, and his poetry is a canny amalgam of pop culture, urban street life, existentialist satire, wary tenderness, and frequent moments of zen-like clarity. By the way, I bought this one at Danny Rosen‘s wonderful Lithic Bookstore & Gallery in Fruita, Colorado, also the headquarters of Lithic Press, which has been doing such a beautiful job of publishing Colorado poets. 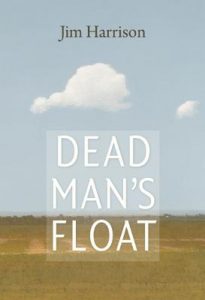 The “Even the Flaws Are Wonderful” Award: Jim Harrison‘s writing, in multiple genres, has been a constant in my life ever since I picked up a used copy of Plain Song on a sale table in Vancouver, B.C., 1973. Over the past few years, though, I’ve been pacing myself because I hate the idea of running out of a favorite writer’s books, as I ran out of Jim Crumley‘s too soon after he passed on. Luckily, Harrison was more prolific, and this year I indulged in his faux mysteries (The Great Leader, The Big Seven), his novellas (The River Swimmer), and his final collection of poetry (Dead Man’s Float). I have a long way to read before I have to face the fact that he’s gone.

The “Oh, Shut Up about Bolaño!” Award: Speaking of writers I’m in danger of exhausting … this year I held myself to a single Roberto Bolaño book, one I’d begun in 2014 but which, at the time, I set aside because it was like trying to stand up in a hurricane wind. If you’re feeling vulnerable—and with Trumpism ascendant, who isn’t?—you might want to wait until things settle down to read By Night in Chile. On the other hand, this minatory novel, a mesmerizing monologue, speaks quite directly and achingly to this historical moment. I may have to reread it before the Inauguration.

Enough! Herewith, my year in books….

The Future Only Rattles When You Pick It Up, David Giannini: The Feral Press, 2016

Scars Upon My Heart: Women’s Poetry and Verse of the First World War, Catherine Reilly: Virago, 1981

The Seamstress and the Wind, César Aira (trans. by Rosalie Knecht): New Directions, 2011

The Hatred of Poetry, Ben Lerner: Farrar, Straus and Giroux, 2016

House of Sugar, House of Stone, Emily Pérez: The Center for Literary Publishing, 2016

The Phoenix: An Unnatural Biography of a Mythical Beast, Joseph Nigg: U of Chicago Press, 2016