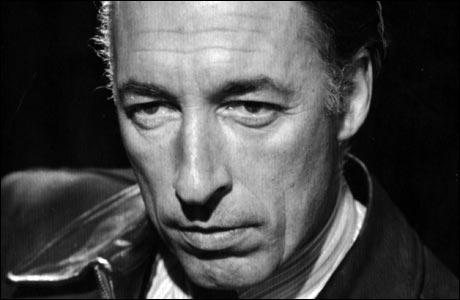 It was something of shock to encounter the 99 percent—not the phrase, but the demographic—deeply considered in the third section of Louis MacNeice’s long poem Autumn Journal (see Katy Evans-Bush’s excellent essay about it here), published in 1938. I had read the poem in my callow youth, but my ignorance of Britain between the wars was like a featureless river stone upon which the poem could simply not get a firm grip. I remembered it mostly for its tone—personal, notational, meditative, acerbic and humorous by turns—and didn’t appreciate exactly what MacNeice was trying to tell me. Now I do, and I hope you will, too. Section Three in particular makes a fine New Year’s offering:

August is nearly over, the people
Back from holiday are tanned
With blistered thumbs and a wallet of snaps and a little
Joie de vivre which is contraband;
Whose stamina is enough to face the annual
Wait for the annual spree,
Whose memories are stamped with specks of sunshine
Like faded fleurs de lys.
Now the till and the typewriter call the fingers,
The workman gathers his tools
For the eight-hour day but after that the solace
Of films or football pools
Or of the gossip or cuddle, the moments of self-glory
Or self-indulgence, blinkers on the eyes of doubt,
The blue smoke rising and the brown lace sinking
In the empty glass of stout.
Most are accepters, born and bred to harness,
And take things as they come,
But some refusing harness and more who are refused it
Would pray that another and better Kingdom come,
Which now is sketched in the air or travestied in slogans
Written in chalk or tar on stucco or plaster-board
But in time may find its body in men’s bodies,
Its law and order in their heart’s accord,
Where skill will no longer languish nor energy be trammeled
To competition and graft,
Exploited in subservience but not allegiance,
To an utterly lost and daft
System that gives a few at fancy prices
Their fancy lives
While ninety-nine in the hundred who never attend the banquet
Must wash the grease of ages off the knives.
And now the tempter whispers ‘But you also
Have the slave-owner’s mind,
Would like to sleep on a mattress of easy profits,
To snap your fingers or a whip and find
Servants or houris ready to wince and flatter
And build with their degradation your self-esteem;
What you want is not a world of the free in function
But a niche a the top, the skimmings of the cream’
And I answer that that is largely so for habit makes me
Think victory for one implies another’s defeat,
That freedom means the power to order, and that in order
To preserve the values dear to the élite
The élite must remain few. It is so hard to imagine
A world where the many would have their chance without
A fall in the standard of intellectual living
And nothing left that the highbrow cared about.
Which fears must be suppressed. There is no reason for thinking
That, if you give a chance to people to think or live,
The arts of thought or life will suffer and become rougher
And not return more than you could ever give.
And now I relapse to sleep, to dreams perhaps and reaction
Where I shall play the gangster or the sheikh,
Kill for the love of killing, make the world my sofa,
Unzip the women and insult the meek.
Which fantasies no doubt are due to my private history,
Matter for the analyst,
But the final cure is not in his past-dissecting fingers
But in a future of action, the will and fist
Of those who abjure the luxury of self-pity
And prefer to risk a movement without being sure
If movement would be better or words in a hundred
Years or a thousand when their heart is pure.
None of our hearts are pure, we always have mixed motives,
Are self deceivers, but the worst of all
Deceits is to murmur ‘Lord, I am not worthy’
And, lying easy, turn your face to the wall.
But may I cure that habit, look up and outwards
And may my feet follow my wider glance
First no doubt to stumble, then to walk with the others
And in the end—with time and luck—to dance.

MacNeice was a classics professor who allowed his sensibility to color—”clarify” would be a better word—the then-current view of the Ancient World. Here’s how he puts it at the end of Section Nine:

So the humanist in his room with Jacobean panels
Chewing his pipe and looking on a lazy quad
Chops the Ancient World to turn a sermon
To the greater glory of God.
But I can do nothing so useful or so simple;
These dead are dead
And when I should remember the paragons of Hellas
I think instead
Of the crooks, the adventurers, the opportunist,
The careless athletes and the fancy boys,
The hair-splitters, the pedants, the hard-boiled sceptics
And the Agora and the noise
Of the demagogues and the quacks; and the women pouring
Libations over graves
And the trimmers at Delphi and the dummies at Sparta and lastly
I think of the slaves.
And how one can imagine oneself among them
I do no know;
It was all so unimaginably different
And all so long ago.

This was a critique of the British imperial attitudes, of course, which were not “so long ago” when MacNeice wrote “Autumn Journal.” He understood they would not survive the coming war—and did not deserve to.

Now that the American Century is over (for it is as over as the British Empire was in 1938), we need more poets like MacNeice. Where are they? I know a few: Thomas McGrath, Adrienne Rich, Philip Levine, Bill Knott, Dale Jacobson, Thomas R. Smith. I know there must be others whose work I’ve missed or who aren’t springing to mind at the moment. One of my New Year’s resolutions is to seek them out, and I am completely open to suggestions!