In Praise of Serendipity (UPDATED)

In Praise of Serendipity (UPDATED) 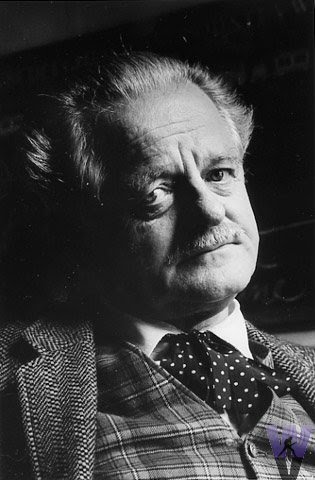 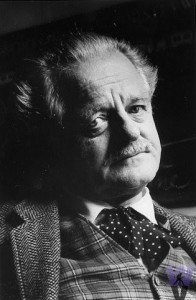 A couple of weeks ago I was visiting family in Eugene, Oregon, a small city with several excellent used book stores. In my favorite store, Tsunami Books, I picked up Linda Hamalian‘s A Life of Kenneth Rexroth for a mere six bucks. The picture she paints of Rexroth isn’t pretty—a tale of paranoia, sexist behavior, personal violence, egotism; serial infidelity on the one hand and pie-eyed romanticism on the other—but through it all Rexroth’s powerful intellect and creative energy radiate.

As is my habit, I read the biographee’s work alongside the biography: a revelation to find that Rexroth, whose poems I first read in the early 1970s, is exponentially better than I remember; at his best he weaves a spell (a cliché, I know, but no less true for being one), and when he mentions Sappho or Su Tung-p’o, Jakob Boehme or Fra Angelico, it’s as if he’s referring to a personal friend—so the allusions don’t feel literary or historical, but intimate. And no American poet, I think, writes about nature as beautifully as Rexroth, who welcomed as a balm the ego-dampering force of the phenomenal world.

My point here, though, is not simply to praise Rexroth. I want to praise that same phenomenal world, which came to me in Oregon in one of its favorite guises: serendipity. I had not set out, after all, to look for a biography of Rexroth. It found me. And that fact made the pleasure of it even more intense. I buy a lot of used books online, and I appreciate being able (almost always) to find a particular title that’s come to my attention. But when a book I’ve ordered arrives in the mail, there’s no surprise, no “shock of recognition” of the sort that happens when an unlooked-for title suddenly appears on a shelf, and attracts my eye and my hand; in a few seconds the pages are turning, some phrase or other is catching my imagination, and it’s as if I had always meant to read this book but got distracted somehow along the way. Serendipity. A law of nature as sure as gravity, as powerful as entropy—or so I like to think. What else can explain a Kenneth Rexroth? The son of a tubercular mother who perished in immense agony from gangrene of the lung when he was 11, whose physically abusive father died three years later (1919) from kidney failure; a boy who nevertheless read voraciously both in school and after dropping out of high school (he never earned a degree), who forged a personality strong and subtle enough to contain (barely) his many contradictions, and who produced some of the last century’s finest original poetry and translations from French, German, Spanish, Chinese, Japanese and more (making versions more out of sheer imaginative sympathy and instinct than intimate knowledge of the original languages).

Charles Simic has a poem in his collection Unending Blues that perfectly describes poets like himself and Rexroth:

How to the invisible
I hired myself to learn
Whatever trade it might
Consent to teach me.

How the invisible
Came out for a walk
On a certain evening
Casting the shadow of a man.

For a long apprenticeship
That has as its last
And seventh rule:
The submission to chance.

The demands of cadence would not allow Simic to substitute “serendipity” for “chance,” but it’s the word I’d rather use, not least because of its fanciful origin. The word was coined by Horace Walpole in 1754, according to my New Oxford American Dictionary, based on a fairy tale entitled The Three Princes of Serendip, in which the heroes “were always making discoveries, by accidents and sagacity, of things they were not in quest of.” No poet, I would argue, submits to chance, but only to serendipity—at least when the words are flowing….

UPDATE: Thanks to Lyle Daggett’s comment to this post and the links he embeds there, I discovered not only Lyle’s insights into Rexroth and his work but this link to a rich Kenneth Rexroth page. Serendipity!