Gay Marriage and the First Amendment

Gay Marriage and the First Amendment 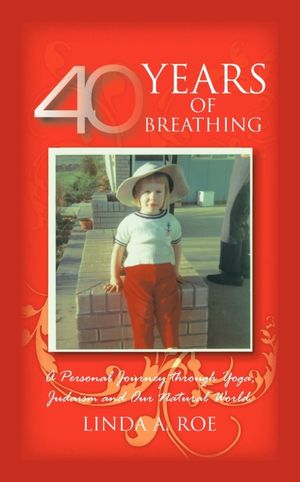 My friend Linda Roe, a hospice chaplain in Denver, a longtime practitioner of yoga, and a recently published memoirist, has thought her way through the gay marriage issue in a fresh way. Her argument that denying members of the LGBT community the right to marry violates the Constitution. I find her view not just insightful but compelling, and I’m aware of no one else who has made this particular argument.

Rather than summarize it myself, I’m posting here a letter Linda recently sent to Marty Rouse, National Field Director of the Human Rights Campaign. Rouse, I’m told, intends to pass it on to the organization’s legal team. I don’t know if those intelligent folks will find Linda’s argument as rock-solid as I do. The HRC has long argued that gay marriage is a civil rights issue, not an issue involving a violation of the First Amendment, so I don’t expect them to change their focus entirely. But I certainly hope they at least integrate Linda’s insights into their existing arguments.

Somewhere along the line, one can only hope this idea finds its way to Obama himself—a constitutional law expert who could certainly put it forward effectively in the current campaign. In my view, Linda’s argument is undeniable, which (again) is why I’m posting it here.

[Letter from Linda A. Roe to Marty Rouse]


I am so glad to have a chance to communicate with you about the topic of LGBT Human Rights. Thank you for taking my call Wednesday afternoon. Your availability to receive phone calls from a member of the interested public (me) is awe-inspiring and speaks to the tremendous value of the Human Rights Campaign. As I mentioned in that phone call, I see the issue of LGBT Human Rights (specifically the right for LGBT individuals to be married in a fully sanctioned legal marriage and to receive all of the governmental benefits of marriage between heterosexuals) as a First Amendment Right. (“Congress shall make no law respecting an establishment of religion, or prohibiting the free exercise thereof….”)


Since I am a Jewish chaplain I will spend more time explaining Jewish texts, but I will also include a few Christian texts. For the moment I leave Islam out of this discussion but it is only a specific lack of knowledge which causes me to do so. Orthodox Islam’s view on homosexuality and access to birth control is right in line with Orthodox Christianity’s view and with Orthodox Judaism’s view.


The key issue in this argument is that religion has historically tried to define and control gender roles. The aim of having proper sexual roles has been to protect masculinity. A woman’s virginity is valuable because it protects and maintains a man’s masculinity. At all times women must act in a way that protects masculinity while men must never be associated with a feminine role. Men and women who transgress these laws have historically paid the ultimate price by being put to death. Since biblical times, history is full of examples of men and women being brutally put to death for acting in a way not in accordance with the biblical stance on masculinity. In the following section, I give a few of the more grievous biblical verses which regulate gender roles in order to protect masculinity.

There is much discussion in the public arena about homosexuality, access to birth control and access to abortion. I have not heard one person say anything about First Amendment Rights in connection with homosexuality or access to birth control. I am confused about this, but I also know that religion has so permeated our culture that it almost makes up the very air we breathe. Most of us have no idea the extent to which religion plays a role in our lives.


I also see that many homosexual people (and others) are very passionate about religion and see it as a positive force in their lives. That religion has been used to control people is anathema to many. It would not surprise me if people within the LGBT population express outrage over what I am saying. (Dan Savage’s recent comments on the evils of religion for the LGBT population and Jay Michaelson’s impassioned response are examples of this outrage.) Both men used LGBT epithets to describe people they disagreed with. This shows the extent to which culture and religious influence permeates the very core of our beings. (Dan called the people who walked out of his talk “pansy-asses” and Jay called Dan “The Gay Santorum”.) For many people, religion is either bad or it is good. I am not saying either. I am saying that the anti-homosexual argument is religiously based, as is the argument for limiting access to birth control and abortion. I am also saying that government cannot make laws which are biblically based.


When I look at homosexuality it is easy for me to see that breaking traditional gender roles is at the heart of the issue—and male homosexuals have paid the price for that transgression with their blood. When I look at access to birth control and abortion I see that women are paying a very heavy price for having to guard masculinity. They are paying with their lives. Lesbians have been lumped together with other women and so have not been traditionally visible in the homosexual arena.


I see a couple of things happening here. Religion is confusing—and religion is changing. The fact that the role of religion has changed over the last 50 years is obvious—yet the ways that it has changed remain invisible to most people.


When I was in my residency to become a chaplain I shared a tiny office with a man who was ordained by Calvary Chapel, a large non-denominational church that began in southern California. You can imagine that both this gentleman and I were perturbed to be sharing such a small space together. Yet we were able to speak honestly and frankly about our two positions and grew to be quite fond of one another. I learned some crucial things about the far right side of the Christian Church from my year of sharing an office and I would like to share what I have learned.


These churches (and movements, denominations or whatever term they use to describe themselves) are biblically based. This term is confusing to other religious movements like the Methodists, Presbyterians and Conservative Jews (although as Jews they are Talmudically based and not biblically based) who are also quite fond of the Bible. However, when Calvary Chapel, Evangelical Frees and the Church of Christ say they are biblically based, they really mean that their definition of “the truth” is based on the Bible. When they base “truth” on the Bible they are not doing so rationally; rather they are describing themselves philosophically. These far right Christian movements see themselves in opposition to post-modernism. Anybody who they identify as post-modern is thus “against God.” This is the basis for their stance against homosexuals and their stance against post-modernism explains why the Catholic Church and the far-right Protestant movements came together to agree not to pay for birth control.