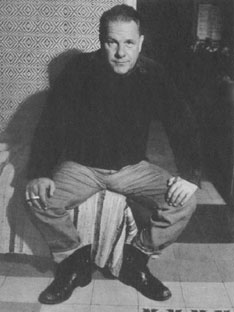 Had I posted a Friday Notebook entry last week it would have comprised the first half of the quotations below. They are from Lawrence Durrell’s Constance, or Solitary Practices (1982), which I finished reading yesterday—in between various writing-for-hire and teaching-related activities. Constance is the third in Durrell’s final novel series, his “quincunx” of five novels. Herewith, a few extracts:

He wore his puritan life like a dead crow round his neck.

If foreigners did not exist the English would not know who to patronize.

[Scene in which a Nazi General named Von Esslin meets the S.S. officer Fischer, with whom he will have to work]

Then one day his orderly told him the someone was waiting for him in his office and he found Fischer there, installed in a swivel chair, cap tilted back, paring his nails with a paperknife. “Good morning, General,” he said with his lazy and insolent smile, but he made no move to rise. Von Esslin remained standing and gazed at him silently. He wore the S. S. uniform, but with a shiny black greatcoat that hid insignia. He had very light blue eyes of great brilliance and weakness. It was as if you could see pieces of the sky through his skull, for the eyes did not join in the smile. “Pray be seated, my General,” he said, smiling, showing perfect white teeth. An incandescent smile but without any heat. “You are in my chair,” growled Von Esslin. He did not want to take the suppliant’s seat in his own office. The younger man shrugged and rose, He was tall and thin. He had rings on his fingers. At first blush this might have hinted at an innate effeminacy, but the impression was rapidly dispelled by the empty eyes. They might as well have been the empty sockets of a Roman statue, so little did they convey of sensibility or intelligence. He turned slowly towards the window and briefly traced a pattern on it with his forefinger. Then he turned round once more and again flashed Von Esslin that brilliant smile, empty as a neon sign.

To be instructively wounded is the most one can ask of love.

We are all fragments of one another; everyone has a little bit of everything in his make-up. From the absolute point of view—Aristotle’s Fifth Substance, say—all persons are the same person and all situations are identical or vastly similar. The universe must be dying of boredom.

In an ideal world science should be love.

[Constance, who is a psychiatrist, contemplates the value of analysis.]

It worked in such a limited field, this cherished analysis of theirs. You could only reach a certain depth; after that your penetration was compromised and involuntarily you began to invent, you began to start reading in Braille; distortion set in. The vision grew turbid. Limits were reached, the ship grounded on hidden reefs. Intellectual insolvency set in—the so-called cure was really only a promissory note.

[Durrell sometimes displays a streak of what can seem like anti-semitism. I doubt that it is, although Durrell once stated that he was an anti-semite, although his second wife, Yvette Cohen, was Jewish (and a native Alexandrian), and the Jewish characters in his books are among their most sympathetic figures. In Constance, these ambiguous views belong to particular characters. And I wonder if the whiff of that nasty prejudice doesn’t arise, in fact, from self-disgust expressed here. The speakers—an Egyptian Gnostic named Affad and the Englishwoman Constance, who at this point in the book has become his lover—are talking about Hitler’s attempt to annihilate the Jews.]

“[W]e shall never hear the end of this calamitous blunder; the Jews will extract the last ounce of blood from our horror and repentance, they are masters of the squeeze. We will have to hang our heads in their presence for a century at least.”
“You don’t sound as if you like them very much.”
“I am from Alexandria, I live with them and know their problem to be insoluble—so brilliant and fragile they are, so conceited and afraid and contemptuous of us. After all, Constance, the Gentiles did not invent the ghetto—it’s they who wished to lock themselves up with their monomania and their pride and cosmic solipsism. The little I know about racial discrimination I learnt from them—once I had the temerity to want to marry an Orthodox Jewess in Cairo. I was offering a quite straightforward and honourable marriage. But the row it caused. Everybody, up to the Grand Rabbi, meddled in the affair, while the parents of the girl locked her away for safety in an asylum, pretending she was mentally afflicted. From which I was forced to kidnap her and force their hands, which I did. But it opened my eyes to the whole matter of race and religion—everything to do with monotheism, monolithic organisation, everything mono, which leads to this self-induced paranoia called Western Civilization….”

[A sickish feeling rose in me when I read this. And yet today, as I write, it’s all over the news that Israeli Prime Minister Benjamin Netanyahu is coming to see President Obama next week in order to demand from the U.S. an overt threat of military action against Iran. “Masters of the squeeze”? We’ll see.]

Man is not a natural product of nature—he is an excrescence like the truffle, a cancer, an illness, it is only his high gamy flavour that makes him acceptable.

Constance: “The mosque has no altar, no centre of focus. In it the truth is everywhere, though the whole is in fact oriented only gravitationally, aiming at Mecca. The cathedral is not oriented geographically, but inside it is focused upon a special spot, the High Altar, where the critical blood-sacrifice takes place. This is, so to speak, the butcher’s slab of the christian transaction. here the wine is diluted, the bread is cut up and consecrated. This place is also the telephone booth from which one can ring up God and try to strike a bargain with him for one’s individual soul—that precious figment!”

Constance: “It’s when the mind strays out of touch with its own caresses—its own catlicks upon the body-image of itself—then it loses the power to cherish and restore itself through self-esteem. The actual tunic of the flesh dries up, man becomes an articulated skeleton, that is to say, a machine.”

All Europe was a suicide club, was it not?

I spent part of the last week tinkering with the manuscript of Thread of the Real, which Sonya Unrein is getting into shape for publication by Conundrum Press sometime in the next few months. (More to come when I know the release date.) I replaced a poem, shifted the order of a couple more, cut out a slew of epigraphs (why did I feel like the book could only perform with a net of other people’s quotes below?), wrestled with the issue of where to place a necessary note to a particular poem, etc. This inspired a mild anxiety such as we feel when attempting to shoo ants from the picnic table—knowing there are more ants on the way! More on all this as the project goes forward….