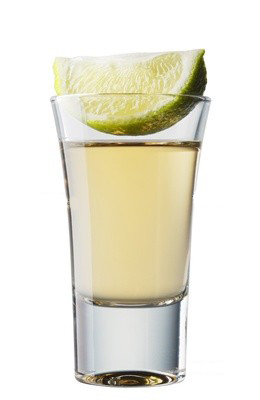 In the perhaps vain hope of liberating some potentially interesting jots from the well of my notebook, I’m launching Friday Notebook. (Applause. Fireworks whistling in the background.) The impulse for this comes from thinking about fragments, for which I have that thank Ian Hamilton Finlay (as quoted on Jerome Rothenberg’s Poetry and Poetics blog) and John Latta’s musings on Roland Barthes at Isola di Rifiuti. I feel that fragments are only fragments by reference to an imaginal wholeness; without the imaginal wholeness they are nothing but debris. So I’ll try to spare you the many jottings that arrive in my notebook without even a hint of imaginality! On those Fridays when I have no jottings to offer, I’ll simply drink a shot of fairly good tequila (reposado or añejo) in honor of my fickle muse. It will probably look something like this:

night clouds low and sullen,
undersides soaked with sickly city light
from beyond the blacked-out hills

that line of trees along the ridge,
their silhouettes at dusk bent,
twisting like those chained figures
dancing behind Death in The Seventh Seal

What does it mean, if anything, that Emily Dickinson’s initials
also stand for Erectile Dysfunction?

Letting the Faucet Run All Night in a Cold Snap

so as not to waste
a lot more later—

my gone father still
here in me

a world of dew,
a mind of sentences

snow-broken branch
in haunting winter light—
Dad on his deathbed