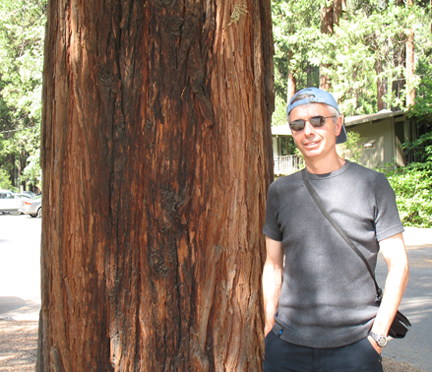 Mexico, where we go (on the Caribbean coast of Yucatán), inspires concentration. We’re usually there in April or early May, around my sweetie’s Yoga Fiesta—and where we stay (where we’ve stayed for 17 years now) is a quite, “boutique” hotel with a pool, a bar, a lending library, and hammocks scattered here and there in palapa shade and the shade of palm and almond trees. The most distracting aspects are the whistling of cuervos (our birder friend Sherman says they’re a species of grackle) and the intermittent flicker of shadows across the rumpled sand as seabirds sail overhead. What I mean is there’s little to interrupt one’s concentration, which makes the place perfect for reading a book that requires heightened attention: a book like Conrad DiDiodato’s Bridget bird and other poems.

I’ve followed Conrad’s blog for years now, always to my profit, and enjoyed the poems he occasionally posts there. So I expected certain qualities of language: precision, musicality, seriousness leavened with playfulness. I wasn’t disappointed. Bridget bird is accomplished poetry, seldom fierce but always fixed on what Stanley Kunitz called layers: “Live in the layers, / not on the litter.” Conrad is incapable of superficiality, is what I’m trying to say, and he’s drawn to overlooked creatures in the natural world.

Here’s an example, one of my favorites:

I felt the heart of a lake say to me, just me
“Harvest the little things, filmy-eyed
like shiners & spiders;

bring the moon down, round as a nickel,
to the heron, the tall limping elk,
or bass in the deep end;

sew the reed, as needed, in more kettle mud,
stitching a long damselfly shore,
& put the scraps in a vase:—

There’s much to notice here, both through and in the verse. The stance of poet-as-addressee, a receiver of messages, not (as in so deconstructed poetry these days) projections of a discounted subjectivity, a faux self in sneering crisis. Conrad’s poems speak of the world as the source of authenticity—and it’s a world made of shared “worminess” (a decay that supports life) and “truth” with a small “t” (a lived truth, that is, not the Truth of theory-mongers). Conrad sees and hears and has the skill to translate it all into human language—but a language denser than our daily gab, a layered speech the flat postmodern voice has renounced.

So, for example, we have a squirrel revealed as “a roan nut-and-bean trader”; he shows us “the dipped-in-fat lids of catfish,” and, in a fall hay wagon, children under coarse blankets “who are all suppressed giggles, / scraping feet, / puppet hair.” We discover “the nice round fulvous face / (spread taut!) of a magus moon,” and a vision of “Christ blanching on his beams,” and on an Easter morning cowbirds that “duck under the eaves til the rains go spittle pat spit— // the rains that breach the drains & wet the teal’s silly feathery tail.”

Now, I have to say that none of this could be further from a 90-degree Caribbean beach! But reading Conrad’s poems made that beach disappear, and his beloved Canada rise up in its place. “Canada” in Conrad’s work, I need to add, is a fundamentally spiritual place, the locus of a conversation of essences that he joins in his poems and allows us to feel as we might feel a distant drum before we actually hear it. Eliot, I think it was, said poems can communicate before they’re understood, and this is certainly true of Conrad’s work. Because his poetry lives in the layers of language, they inspire immediate rereading, so that his slender book occupied me more or less for two full days—and I still find myself returning to it. I can’t think of anyone’s music that’s precisely like it, though Doc Williams and A. R. Ammons affect me in similar ways.

In any case, it’s a pleasure and a relief to know that such vivid, articulate poetry is still being written against the current of the postmodern drawl that dominates so much current verse. As in this light and incisive sketch—a word that could be read dismissively, but I use it with George Grosz in mind:

A POEM FOR POUND

Execrable, & mad in his gaberdine
as all hell,
sage to the Fenollosas,

or bad as
Buck the Latinist said he was—
a fact’s a fact:

And stinking of dictionary
he did
manage to screw two Italian wives
(Mi raccomando!)

and later crash
back into the States, a poor homeless
& poemless Hugh