Derek Walcott on the Poet’s Voice … and Much More

Browse: Home » Derek Walcott on the Poet’s Voice … and Much More

Derek Walcott on the Poet’s Voice … and Much More 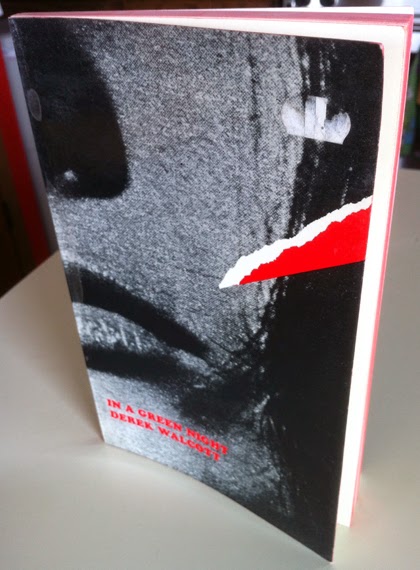 From a Bill Moyers interview with Derek Walcott:

It takes you all your life to write the way you speak without faking it. I mean I think it’s very hard for a poet, very-very, very-very hard to get to hear his own voice without affectation. I mean I couldn’t read my poems with a British accent, or an American accent. You know, there’s an inner thing that makes me speak, I hope, the way I would write—tonally, not just in terms of vocabulary. So that I could perhaps move from talking to you now and read something that does not heighten me, you know, sociologically or because I’m on TV or something, you know, that you can just slide into your own voice. And that is what a poet, I think, spends his life trying to do.

I first read Walcott in Canada, when I was eking out my MFA at the University of British Columbia, in a funkily red-edged Cape paperback of his first book, In a Green Night. I admired him from a distance because of his iambic formalism and (not uncommon in first books) his tendency toward set pieces. But I couldn’t argue with the power of his music and his precise, painterly images.

It wasn’t until many years later that I developed a deeper appreciation of his work—I like to think because his work became leaner, subtler, and less affected. He can still overwrite (for my taste) like nobody’s business, but his musical and imagistic lushness makes his later work among my favorites.

Here’s a taste from his luminous book-length sequence, The Prodigal:

The day, with all its pain ahead, is yours.
The ceaseless creasing of the morning sea,
the fluttering gamboge cedar leaves allegro,
the rods of the yawning branches trolling the breeze,
the rusted meadows, the wind-whitened grass,
the coos of the stone-colored ground doves on the road,
the echo of benediction on a house—
its rooms of pain, its verandah of remorse
when joy lanced through its open-hearted doors
like a hummingbird out to the garden and pool
in which the sky has fallen. These are all yours,
and pain has made them brighter as absence does
after a death, as the light heals the grass.
And the twig-brown lizard scuttles up its branch
like fingers on the struts of a guitar.

If you write poetry and don’t feel pangs of jealousy reading this, you may want to check your pulse.