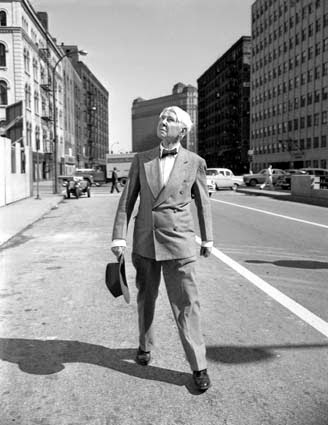 “Prayers for the People: Carl Sandburg and the Sunburnt West” will take the stage at Colorado College’s Cornerstone Arts Center. The show starts at 7:30 p.m. and is free to the public.

Produced by Kate Benzel, professor emeritus of English at the University of Nebraska-Kearney, and David Mason, Colorado’s poet laureate, the evening will include poetry from Sandburg and Mason, folk songs from Sandburg’s “The Great American Songbag” performed by regional artists Mike Adams and Sons and Brothers Trio, and narration by Charles Peek.

Passing through huddled and ugly walls
By doorways where women
Looked from their hunger-deep eyes,
haunted with shadows of hunger-hands,
Out from the huddled and ugly walls,
I came sudden, at the city’s edge,
On a blue burst of lake,
Long lake waves breaking under the sun
On a spray-flung curve of shore;
And a fluttering storm of gulls,
Masses of great grey wings
And flying white bellies
Veering and wheeling free in the open.

For me this was a first opening into understanding the power of sound—in so-called “free verse,” yet!

Among the many things I love about Sandburg’s poetry is the fact that its taproot is firmly set in the soil of humanity, which gives him a tremendous ear for human voices. Here, for example, his listening ability reaches back 6,000 years:

Bilbea, I was in Babylon on Saturday night.
I saw nothing of you anywhere.
I was at the old place and the other girls were there, but no Bilbea.

Have you gone to another house? or city?
Why don’t you write?
I was sorry. I walked him half-sick.

Tell me how it goes.
Send me some kind of a letter.
And take care of yourself.

Three walls around the town of Tela when I came.
They expected everything of those walls;
Nobody in the town came out to kiss my feet.

I knocked the walls down, killed three thousand soldiers,
Took away cattle and sheep, took all the loot in sight,
And burned special captives.

Soe of the soldiers—I cut off hands and feet.
Others—I cut off ears and fingers.
Some—I put out the eyes.
I made a pyramid of heads.
I strung heads on trees circling the town.

When I got through with it
There wasn’t much left of the town of Tela.

If you don’t hear the smitten country boy in the first poem and the triumphalist braying of Dick Cheney in the second, listen your way through them again….

Well, long as I’m at it, let me give you another one, almost certainly never anthologized, but I love it because of its empathy with a poet very much at the opposite end of the aesthetic scale from Sandburg, a poet I dislike—but even knowing that, Sandburg makes me want to read him again:

TO THE GHOST OF JOHN MILTON

If I should pamphleteer twenty years against royalists,
With rewards offered for my capture dead or alive,
And jails and scaffolds always near,

And then my wife should die and three ignorant daughters
Should talk about their father as a joke, and steal the
Earnings of books, and the poorhouse always reaching for me,

I would sit by the fire and dream of hell and heaven,
Idiots and kings, women my eyes could never look on again,
And God Himself and the rebels God threw into hell.