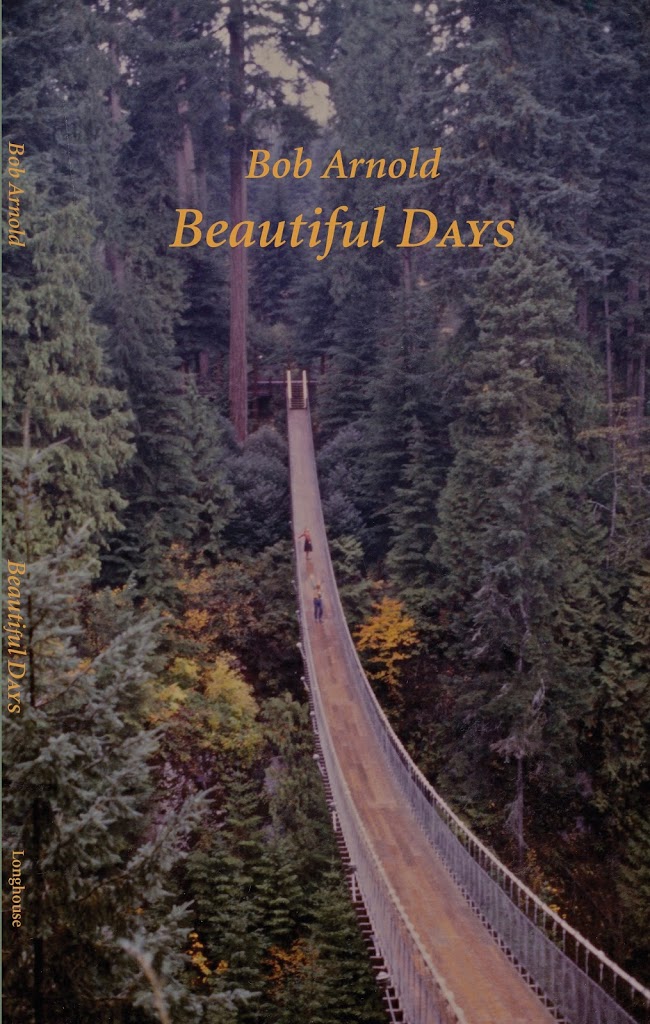 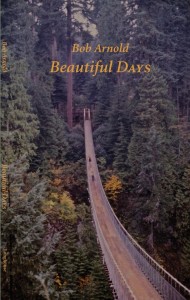 Bob Arnold is one of my favorite poets, at least in part because his poems (like those of Cid Corman) provide no fodder for PhD candidates. He writes to capture moments of heightened consciousness as they arise, and it’s pretty clear we need more of those. You won’t find them on the Sunday talk shows or in the dusty pages of Foreign Affairs. They arrive almost always in poetry. In Arnold’s poetry, they arrive without fanfare, without symbolic sub- or super-structures.

Karl Shapiro somewhere talks about visiting Iran as a cultural ambassador sometime in the 1960s, I think, and after reading some poems by William Carlos Williams the gathered scholars came up to him and asked, “Are those things poems?” Of course they were, but of a kind some readers can’t recognize because they’ve been taught that poems exist to be decoded.

looks
in the
mirror

You can’t decode it, can you? It’s Bob Arnold’s moment passed along to us intact, all the necessary critical commentary nestled between parentheses in the middle.

“Men’s Room” is an example of Arnold the minimalist, but he doesn’t restricted himself to brief lyrics. Some of his poems embrace narrative—though again in a very direct way. Take “Uncle,” for example:

I see his face—

girl at the cash register,
barely 15, willowy and the
reason he is here, her face not
at all developed or trained—

she shows crushing boredom
overwhelming confusion
grimace with genuine sparkle
if given the chance, a breakthrough

and he lifts his, dripping
over all of her, a split second is
all, I can’t tell you how much the
blade of a shadow makes me cold

The public intimacy of the unperceived threat—gorgeous and chilling at once.

Beautiful Days is chock full of moments like these. Moments we all recognize but never think to save and which therefore pass from our lives remarked. Luckily, Bob Arnold is there to remind us that everyday life, though it passes (in part because it passes), is remarkable. Bless him.