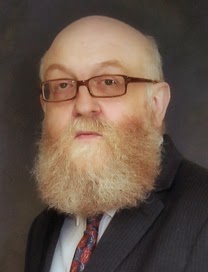 I’m excited to report that Scottish poet and fiction writer Jim Murdoch, whose incisive essays appear regularly on his piquantly titled blog The Truth About Lies, has written an extensive essay on my own Bed of Coals. It is the most in-depth writing that anyone has done on any of my work, and I appreciate it especially because the structure of Coals admittedly makes it a challenge for readers, and Mr. Murdoch tackles that challenge with lots of close, insightful reading. (His glancing comparison of my book’s structure to that of Doris Lessing‘s The Golden Notebook makes me blush, but it’s heartening that he made that particular connection.) His response is not so much a review as a record of his wrestling match with these poems, which, as far as I’m concerned, is the most useful kind of criticism.

Here’s how his essay opens:

Notice that Mr. Murdoch doesn’t deal with the book in isolation, but in the context of my other work. Would that all reviewers were this fastidious and generous with their time!
Don’t forget that Bed of Coals is available both in paperback and ebook from FutureCycle Press!
Filed under: and Tagged: Bed of Coals, Jim Murdoch, Joseph Hutchison Poems